A Batman Icon Has Passed Away

His body of work speaks for itself.

Scottish comic book writer Alan Grant died on Thursday, July 21, at the age of 73. His wife Susan announced his passing on Facebook, writing, “I have no words. Alan died this morning.” Grant was best known for his work writing the two comic book icons Batman and Judge Dredd. No cause of death has been made public at this time.

The news of Alan Grant’s passing spread quickly through the comic book community on Thursday. Along with numerous fans expressing their grief and their admiration for Grant’s work, comics pros like fellow Scottish artist Gary Erskine (The Filth), Tom King (Batman), Dave Gibbons (Watchmen), and more expressed their sorrow. You can see those tributes and more below.

Along with other remembrances came a touching tribute from the writer’s old publisher 2000 AD. The tribute naturally covers how Grant came to begin working for the UK publisher 2000 AD in the seventies, but also covers his work across the pond; particularly his legendary run with frequent collaborator Norm Breyfogle on the Batman title Detective Comics, starting with 1988’s Detective Comics #583. As Comic Book notes, Grant would co-create such enduring Batman characters as Anarky, Victor Zsasz, Ratcatcher, and the Ventriloquist, and his time with Gotham’s best and worst included helping to guide the era of the Tim Drake Robin. While he’s no doubt better known for his DC work, Grant wasn’t a stranger to Marvel. Grant wrote issues of Silver Surfer and Nick Fury among others, as well the 1991 OGN Punisher: Blood on the Moors. He also brought his two most famous subjects together in their very first crossover comic, 1991’s Batman/Judge Dredd: Judgment on Gotham.

In their tribute to Alan Grant, 2000 AD says that the future comic book creator was working at a bank when he took a chance answering a want ad for a “trainee journalist.” After he moved on from writing horoscopes for small town papers, he got a job as a sub-editor and writer on romance magazines, and that’s when he was tapped for a job at 2000 AD. It was during this time that he influenced comics perhaps more than he could guess at the time, by sending an encouraging letter to a young Alan Moore (Watchmen, From Hell, V for Vendetta).

Though Alan Grant was not one of the creators of 2000 AD’s Judge Dredd, he would become one of the most important names in the character’s evolution. Paired with artist John Wagner, Grant helped usher in what the publisher calls Judge Dredd‘s “first great ‘golden age’” While not as well known as Judge Dredd, Grant and Wagner began collaborating on other strips like Strontium Dog and Ace Trucking Co. Grant and Wagner would eventually suffer a creative falling out, but they would still work together later on projects like the aforementioned Batman/Judge Dredd crossover and the Marvel/Epic mini-series The Last American.

Alan Grant continued working through his final years even though, according to 2000 AD, he had been “ill for some time.” Comic Book notes that some of his work is currently on sale at Humble Bundle, with proceeds earmarked for Cancer Research UK and Save the Children. 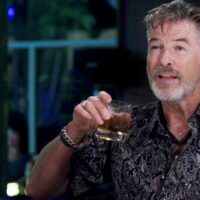