Banned films are always a fascinating subject. The extremes that some films go to are often in service of some strong commentary, but their subject matter is simply too intense or shocking for the majority of people to withstand. And now, one of the most notorious banned movies of all time is getting a brand new release, and it is worth talking about when it comes to this particular movie.

A Serbian Film is getting an uncut Blu-ray/DVD release from Unearthed Films in January. The infamous movie is one of the most banned films of all time, being banned in states like Spain, Australia, New Zealand, Malaysia, Singapore, and Norway. The story revolves around a pornographic actor who takes a role in an “art film” in order to provide financial stability for his wife and young son. When he gets to the set, he soon discovers that the filmmaker has far more in store than he ever expected.

Normally, we don’t throw up a CONTENT WARNING for articles here at Giant Freakin Robot, but considering the nature of A Serbian Film and its reputation as one of the most controversial banned films of all time, we feel a little obligated to give our readers a heads-up with this one. So, consider this your CONTENT WARNING from here on out.

A Serbian Film has earned its reputation as one of the most banned films ever. The movie depicts some truly brutal and horrendous sexual acts that include truly transgressive material involving corpses and children. If Cuties was too far gone for you in terms of the subject material it covered, A Serbian Film goes to places that might actually break your brain. It’s a vicious and deliberately shocking feature that aims to push the boundaries of taste. And the ending moments are some of the most horrific you will see in a professionally made film. If you really want a rundown of the film, you can read the full synopsis here.

With A Serbian Film hitting Blu-ray and DVD in its fully uncut version, the conversation around it is likely to pick back up again. Since it has remained on the banned films list for certain countries, a home video release has been difficult. With it getting as mainstream a release as it likely can, it is going to be interesting to see if the 2010 movie ends up getting rediscovered by a new audience. If so, it is going to spark a new wave of discourse around this truly difficult film.

Even though it has remained one of the most banned films of all time, A Serbian Film hitting Blu-ray/DVD uncut for the first time will make it the most available it has ever been. As such, will it become widely spread around the internet? And will more of its incredibly objectionable content find its way in front of viewers who are not prepared for it? Next month is going to be a very interesting one if A Serbian Film manages to find its way back into the pop-culture discourse. 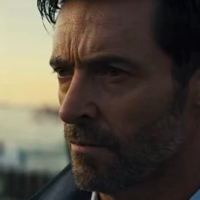