Terminator 2: Judgment Day is generally considered to be one of the greatest action films of all time.  The Terminator sequel not only turned the original on its head in terms of the antagonist, but it also ushered in some very cools special effects that made the robotic threats from the future even that much more daunting. That being said, one guy who actually had an issue with the film was the star, Arnold Schwarzenegger. There was something “bugging” him about the whole thing that he made clear to director James Cameron at the time of the movie.

This news about Arnold Schwarzenegger having an issue with the script for Terminator 2: Judgment Day came out when James Cameron was interviewed as part of The Ringer’s oral history piece about the 1991 film. It’s a fascinating story about the making of the film and everything that went into the movie. But at one point Cameron lets on that Arnold wasn’t all that happy with a certain aspect of the action and the story. Here’s what Cameron had to say about what was irking Arnold Schwarzenegger at the time:

He and I had a breakfast meeting…I could tell there was something bugging him, right? We were pals at this point. Post-Terminator, we rode motorcycles together. And he said, “Jim, I have a big problem with the script.” I said, “Well, what is it?” And he said, “I don’t kill anybody.” I said, “I know, right? They’ll never see that coming. Nobody will guess it.” He said, “I know, but one thing is surprise. Another thing is I don’t kill anybody and I’m the terminator.” I’m like, “Let’s talk this out.” I give him all the reasons how it’s going to work. He said, “I know, but everybody knows I kick in the door and shoot everybody. That’s what I do.”

It’s easy to forget this now because of how the arc has worked out for the character, but coming off the first movie in the franchise it’s easy to see why Arnold Schwarzenegger was confused with the about-face on the character. For starters, the previous iteration had been a straight-up killing machine, unstoppable to nearly anyone who stood in his path. And additionally, it could have been weird for the viewer to see this much more subdued version, softer even, considering this was still the hulking mass of Arnold Schwarzenegger. Here’s what else he had to say as part of the same The Ringer piece:

How do you make people believe that this is the same guy we’ve seen in the first Terminator? Now all of a sudden, he’s protecting the human race and protecting this kid? How do I switch over to that?

While Arnold Schwarzenegger clearly had an issue with how the character was changing for this film, Cameron was ultimately able to convince him with the “why” of the decision. It’s not like the movie lacked violence by any means. Robert Patrick’s T-1000 had more than his fair share of brutal murders along the way in this flick. The movie is R-rated through and through.

But Cameron was able to explain to Arnold Schwarzenegger that it was necessary for the character to retain this kind of ethical high ground for the viewer to know he’d “changed”. It’s why, early on, Edward Furlong’s John Connor is able to convince him to agree to no killing while they are together. It’s established as a protocol.

And I think Arnold Schwarzenegger would agree that the decision worked. Terminator 2: Judgment Day would go on to earn half a billion dollars at the box office, won all kinds of Oscars for Visual Effects, Makeup, and more while also crushing it with critics as well. It’s a now-classic action film that still holds up to this day in terms of its story, acton sets, and ability to turn one of the true movie villains into the hero of the story. The flick works on nearly every level and a big part of that was Cameron’s decision about what to do with Arnold Schwarzenegger and the character.

Though Arnold Schwarzenegger isn’t involved Terminator is getting a series run on Netflix in the next year or two. It will be an anime version and will tell a whole new story for the franchise. The last time we saw Arnold as the character was in 2019’s Dark Fate which, based on how that story unfolded, is likely the last time we see in him in the franchise. Famous last words, but it was a fitting end for the character. Even though he originally had an issue with Judgment Day, it’s good he stuck it out because it clearly worked. 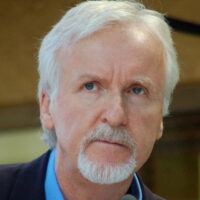