Less than a week after James Wan dropped the official title for the upcoming Aquaman sequel, the attention shifted to Amber Heard once again. The title’s reveal reignited fan outrage with Warner Bros. for not firing the actress amid her domestic abuse claims against ex-husband Jonny Depp. But despite the existence of an online petition which has garnered approximately 1.85 million signatures calling for Amber Heard to be axed, the studio seems to be uninterested in the controversy.

Instead, Amber Heard is reportedly signing a massive new deal with Warner Bros. The news comes by way of insider Daniel Richtman, who says the deal will essentially elevate Heard’s status in the movie industry, making her one of the highest-paid female actresses after the new film, Aquaman and The Lost Kingdom. A lot of folks won’t be happy with the move, as there have been renewed their call to boycott the film.

Created by Jeanne Larson, the petition justifies the need for the actress’s removal from the DC movie with claims about her relationship with Johnny Depp. From alleging Amber Heard is a “known and proven domestic abuser” to accusing the actress of lying, Larson passionately supports Depp while attempting to persuade others by quoting claims from Depp’s “wife-beater” libel case with the Rupert Murdoch-owned publication The Sun.

However, it’s worth noting that on November 2nd after reviewing evidence from both parties, Justice Andrew Nicol decreed that the “wife beater” claim against Depp about his relationship with Amber Heard was “substantially true.”

Having pushed the noise from social media users aside, Warner Bros is going ahead with Aquaman and The Lost Kingdom while keeping the original cast intact. The decision is pretty understandable given if the success of the 2018 film.

Aquaman grossed more than $1 billion, making it the only DC film to reach that number, aside from Christopher Nolan’s The Dark Knight trilogy. The story followed Arthur Curry/Aquaman who sets out to lead the underwater kingdom of Atlantis and stop his half-brother, King Orm, from uniting the seven underwater kingdoms to destroy the surface world.

While there are no official plot details for Aquaman and The Lost Kingdom, James Wan is set to resume directing duties with David Leslie Johnson-McGoldrick returning to pen the script. Wan is also producing alongside Peter Safran. Production is expected to begin before the end of the year.

The film will see Jason Momoa reprising his role as Arthur Curry/Aquaman alongside Amber Heard as Mera and Patrick Wilson back as Orm. Other returning cast members include Yahya Abdul-Mateen II as Black Manta as well as Willem Dafoe, Nicole Kidman, and Dolph Lundgren.

Aquaman and the Lost Kingdom is scheduled for release on December 16, 2022. 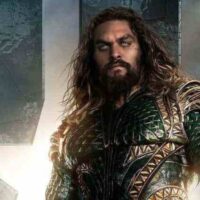