We are finally learning more about the health scare that threatened Blink 182 drummer Travis Barker over the last week. The 46-year-old musician posted on his Instagram Stories account over the weekend to detail more about the procedure that led to his illness, according to The Hollywood Reporter. In the written statement, Barker first assured fans that he was doing much better, then explained how a routine medical procedure went horribly wrong. Barker has been hospitalized with what has been described as “life-threatening” pancreatitis. He is still reportedly hospitalized at Cedars-Sinai Medical Center in Los Angeles, according to People.

According to his statement, posted to his 7.6 million followers, Travis Barker revealed that he went in for a routine endoscopy on Monday, and in the process, had a polyp removed. For some reason, during the removal, a pancreatic drainage tube was damaged, which resulted in the pancreatitis which became so severe, his life was threatened. Complicating matters was that the damage was not initially detected, as Barker was out at dinner when he began to feel “excruciating pain,” and was later hospitalized. Fortunately, Cedars-Sinai is one of the world’s top medical facilities, and doctors were able to treat the condition. “I am so very very grateful that with intensive treatment I am currently much better,” he stated.

Barker’s wife Kourtney Kardashian (who recently took on his name on her Instagram account) also brought her 188 million followers up to date on the situation. “I am so grateful to God for healing my husband,” she wrote in an Instagram story. She also thanked everyone for their prayers, love, and support, and conveyed her deepest appreciation. She and Travis Barker were married in May of this year.

Pancreatitis is a condition in which the pancreas, an organ that aids in digestion and regulates blood sugar, becomes inflamed. Most of the time, it is treated with medication and rest, but in the most severe cases, an infection can become life-threatening and hospitalization is required. This appears to have been the situation in Travis Barker’s case, although quick medical attention made a huge difference.

Although Travis Barker mentioned having an endoscopy (where a tube camera examines the body from within), doctors believe the polyp removal was actually done with a colonoscopy, during which doctors insert a device into the anus to remove the growth. Polyps in the colon, especially near the pancreas, can be a sign of cancer, which is a particular issue for men in Barker’s age range. Polyps are usually removed and tested for cancer, which is likely what was being done in Barker’s case. Colon cancer, if caught early, has a 91% survival rate. Pancreatic cancer, however, has a much lower survival rate, as it much more aggressive and difficult to catch early. That is why doctors suggest colonoscopies and polyp removal as men get older.

This isn’t the first brush with death for Travis Barker, who Rolling Stone once named as one of the top 100 drummers of all time. In 2008, he and Adam “DJ AM” Goldstein were the only survivors of a Learjet plane crash that killed four other people, including the two pilots. Barker suffered burns on 65% of his body and was hospitalized for weeks. He has not flown since the incident. Neither Barker nor Kardashian have given an indication as to when he will be released from the hospital. 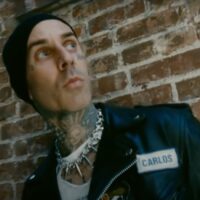 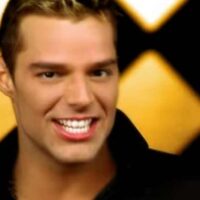 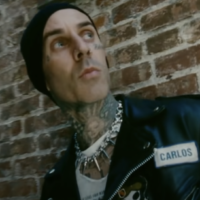 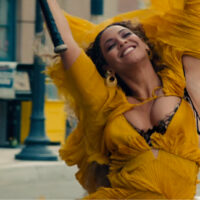