Brie Larson showed off a new look for a new role while celebrating John Stamos from Full House.

Brie Larson is currently getting ready for a new role, as she took to Instagram to show off a behind-the-scenes image of herself in the makeup chair. However, she also decided to celebrate one of the celebrities that was near her, which happened to be John Stamos of Full House, albeit as a cutout picture on the mirror of the makeup artist that was working on her.

The long blonde hair that Brie Larson is currently sporting might just be for her new role in Lessons in Chemistry, which is a new series that the MCU star is going to be the leading lady. Her caption states that Uncle Jesse is the real star of the pic, though we would argue that Larson is indeed a bigger star, sorry John Stamos. Fans clearly loved the callout to Full House, as the image has already amassed well over 90,000 likes, and the comments are of people laughing at Larson pointing out Stamos’s long-time sitcom character.

As previously mentioned, Brie Larson is set to star in Lessons in Chemistry, which is a series based on a historical fiction novel of the same name by Bonnie Garmus. The new series will see Larson take on the role of Elizabeth Zott, who is a chemist that is fired from her job and pregnant, and who now has to figure out her life in the brunt of the 1960s. Joining Larson in the series are Lewis Pullman, Kevin Sussman, and Beau Bridges.

The blond wig that Brie Larson is sporting could also be for her untitled CIA project that she is working on also, which sees Larson take on the role of a real-life professional and struggles of a CIA operative. It appears that Larson is moving away from movie life and working her way into starring in more TV shows. However, she does have two big blockbuster movies coming out in 2023 first.

One of those Brie Larson-led movies is The Marvels, which is the sequel to Captain Marvel and will see Larson return to the MCU as Carol Danvers. She also had a huge cameo in Ms. Marvel, which will connect to the sequel movie as well. We are not sure if Larson’s Captain Marvel is going to be making any other cameos before The Marvels releases on July 28, 2023, but we would imagine Marvel has a big plan for one of the most beloved MCU stars.

Brie Larson is also going to be making her big debut in another billion-dollar franchise, as she has been cast in Fast X, which is part one of a two-part finale that is going to end the mainline story of the long-standing Fast & Furious franchise. She had asked to be cast in the series, which was granted by producer and franchise star, Vin Diesel. There are rumors that a female-led Fast & Furious movie is going to follow the final two in the mainline story, and we could be seeing more of Larson in the franchise if she is going to continue past her role in Fast X. 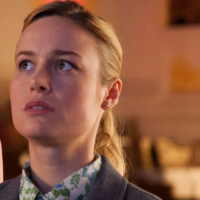