Kelly Reilly – How She Became A Yellowstone Star

Kelly Reilly is a star as Beth Dutton on Paramount's Yellowstone

Kelly Reilly stormed onto the television landscape in 2018 when she took on the role of Beth Dutton, the combustible daughter of Kevin Costner’s John Dutton in the Yellowstone cast. While Reilly has certainly gained legions of fans for her sometimes-heartbreaking portrayal of Beth, Reilly has been around acting circles for some time now.

Let’s see where Kelly Reilly got her start, how she uses Instagram, and if there is more in her future besides Yellowstone.

KELLY REILLY IS ON INSTAGRAM AND IS MARRIED TO KYLE BAUGHER

As you can imagine, and how could we blame her, much of what Kelly Reilly posts on her Instagram page is all about Yellowstone. But there are instances where Reilly shares some of her personal life with her husband Kyle Baugher. Take a look.

Kelly Reilly has really become Beth Dutton. She doesn’t often do interviews and her personal life remains as personal as she can keep it, but she did sit down with Entertainment Tonight’s Cassie Dilaura for a lengthy chat about Beth Dutton and how she shaped the character and how the character shaped her. You can see her entire interview here.

And before this there were quite a few acting credits, and of course, Yellowstone.

KELLY REILLY WAS NOT RAISED ON A MONTANA RANCH, SHE’S FROM ENGLAND

Believe it or not, but underneath that Beth Dutton American accent you are hearing from Kelly Reilly is a decidedly British accent. This is because the 45-year-old actress was born Jessica Kelly Siobhán Reilly and raised in an area of the Royal Borough of Kensington called Chessington. During her teenage school years, she studied drama at the Tolworth Girls’ School.

Kelly Reilly knew she wanted to be an actress early on. So, in 1995, she took it upon herself to pen a letter to the producers of the British television drama, Prime Suspect, to ask them for some work. Six months later, Reilly found herself auditioning for a role in Prime Suspect 4: Inner Circles, which she got.

Her role as Polly Henry was well received and brought her another go around with Prime Suspect, this time in the TV movie, Prime Suspect: The Scent of Darkness. From there and for the next four years, it was a long string of British television. She got roles in series’ such as Ruth Rendell Mysteries, Bramwell, Sharman, and Pie in the Sky.

Kelly Reilly also found time on British TV movies and mini-series like Poldark, Rebecca, The History of Tom Jones, Children of the New Forest, and Wonderful You. Reilly was beginning to make a name for herself across the pond, but she was yet to come to America. Her next decade in film was much like her first five.

KELLY REILLY WAS IN PRIDE & PREJUDICE AND EDEN LAKE

When Kelly Reilly filmed the feature Maybe Baby in 2000, it began a long string of British feature films that represented a big departure from Reilly’s earlier career; no longer was she focused on television productions. Instead, Reilly was seen in features such as Peaches, Dead Bodies, The Libertine, Russian Dolls, and Pride & Prejudice that saw her starring with Keira Knightley, Brenda Blethyn, Rosamund Pike, Jena Malone, and Carey Mulligan. Reilly was finally jumping into the deeper end of the film industry pool.

2005 was a good year for Kelly Reilly because not only did she star in Pride & Prejudice, but she also starred in the biographical musical Mrs. Henderson Presents. Here she played Maureen opposite Dame Judi Dench, Bob Hoskins, and Christopher Guest. But it wasn’t until 2008 that Reilly got her first lead role in the thriller Eden Lake opposite Michael Fassbender.

Eden Lake tells the story of a couple (Reilly and Fassbender) who decide to get away for a fun, romantic weekend. Those weekend plans are soon dashed when they are confronted by a gang of ill-mannered youths. Things go from bad to worse to deadly in a hurry.

SHE STARS IN SHERLOCK HOLMES

It took Kelly Reilly nearly 15 years, but she finally found herself in an American film. The funny thing about that was the film was set in Victorian London and called Sherlock Holmes. The movie was directed by Guy Ritchie and starred Robert Downey Jr. as the sleuth Sherlock Holmes, aided by a game Jude Law as Dr. Watson. Reilly played Mary Morstan, Watson’s love interest while Rachel McAdams helped round out the cast.

Kelly Reilly would return to the role as Mary Morstan two years later in the sequel, Sherlock Holmes: A Game of Shadows. This time she was the wife of Dr. Watson. Her solid performances in both Sherlock Holmes films led her to another big step in her career when she took on a role in Flight opposite Denzel Washington.

Kelly Reilly’s career in America was beginning to pick up some steam. In 2014, she was tapped to play Dr. Catherine Black on the ABC TV series Black Box. Here, Reilly was beginning to show signs of Beth Dutton as her performance as Dr. Black, a famed neuroscientist, struggled with mental illness.

Unfortunately for Reilly, Black Box only lasted 13 episodes. Even though the series was short-lived, Reilly didn’t waste any time jumping into her next. This came in season two of True Detective which had Kelly Reilly playing opposite Vince Vaughn, Colin Farrell, Rachel McAdams, and Taylor Kitsch.

We would have to call “bull” on this if you had said you could see this coming. No one could, probably not even Yellowstone patriarch Kevin Costner. But it was a massive hit right out of the gate and one major reason was Kelly Reilly, who took on the uber-demanding role of Beth Dutton.

In the series, if you somehow are not aware, Beth Dutton is the vastly headstrong, hard-drinking, hard-loving, ever resourceful, and hard-to-kill daughter of John Dutton. She had an older brother, who perished, and two younger brothers, the adopted black sheep of the family, Jamie (Wes Bentley), and Kaycee (Luke Grimes). Together they fight for and against each other all in the name of the Yellowstone ranch.

Early on, Reilly’s Beth Dutton used her physical attributes to get where she needed to go and things that needed to be done, but as the series progressed, the relationship with Rip (Cole Hauser) began to manifest into something that is now one of the best storylines the series has going. Rip knows how to handle Beth; he knows when to be strong and he knows when to back off. Season 5, which premieres on November 13, 2023, looks to be a hoot as you can see in the trailer below.

Fans can hope Yellowstone has many more years past its upcoming Season 5. We all know about the various spin-offs, but Yellowstone is the heart of it all. As for Reilly, she already has her next project lined up and she will be starring opposite Tom Hanks in the Robert Zemeckis film, Here, which will also star Paul Bettany and Robin Wright. 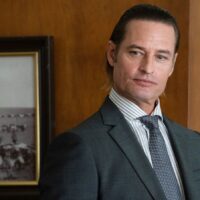 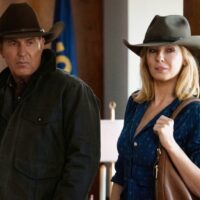 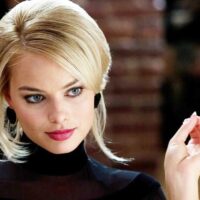