Yellowstone Season 5 Is Bringing Back A Fan-Favorite Character

Everyone is patiently waiting to see Yellowstone Season 5, and now it has been announced that a fan-favorite character from the series is returning.

The respected streaming series, Yellowstone, is returning for season 5. The neo-western drama launched on June 28th, 2018 and has since received numerous award nominations. According to Deadline, Yellowstone season 5 is bringing back a fan-favorite character as actress Q’orianka Kilcher is set to reprise her role as the powerhouse attorney Angela Blue. Kilcher recently appeared in MGM’s Dog opposite actor Channing Tantum. Kilcher’s Yellowstone character made her last appearance in the season 3 finale titled “The World Is Purple.” Kilcher returning might mean that Taylor Sheridan has some more tricks up his sleeve in bringing back past characters.

Kilcher’s Emmy-nominated TV background definitely helped her shine in the Western drama. In addition to her part in the series, her credits also include a role in FX’s Sons of Anarchy, The Killing, The Alienist, and more. Now that Yellowstone season 5 is bringing back a fan-favorite character in Angela Blue, one must wonder what other surprises the season has in store for fans. The last season broke multiple records in terms of viewership and was heavily praised by critics. The two-hour premiere was watched by 8.38 million viewers, making it cable’s most-watched episode since 2008. When discussing the success of season 4’s premiere, the President and CEO of MTV Entertainment studios praised series creator Taylor Sheridan, saying, “the Yellowstone season four premiere numbers are just another reason why we are thrilled to deepen our relationship with Taylor and capitalize on this tremendous momentum by building out the Yellowstone franchise together.” The hype surrounding Yellowstone season 5 may help the upcoming season’s premiere jump past season 4’s two-hour premiere number.

Series creator Taylor Sheridan developed Yellowstone with Jon Linson, who worked on shows such as Sons of Anarchy, The Runaways, and more. The series centers on John Dutton, played famously by actor Kevin Costner. Sheridan began developing the western drama in 2013 after years of working as an actor for various projects. NBC Universal’s Peacock acquired the streaming rights to the series in 2020. Interestingly, the first season’s premiere was met with a mixed response from critics, with some claiming the show delves too much into melodrama. Subsequent seasons were met with more favorable reviews, with the third season garnering an approval rating of 100%. The series won Outstanding Achievement in Sound Mixing at the Cinema Audio Society Awards. With Yellowstone season 5 bringing back fan-favorite Angela Blue, there’s sure to be speculation on other characters who may return and how the creators will up the ante.

Regarding what fans can expect for Yellowstone season 5, Deadline reported that John Lucas would return as Young John Dutton. Also, Kyle Red Silverstein was confirmed to return as Young Rip Wheeler. Deadline noted that actors Kai Caster, Lilli Kay, and Dawn Oliver would join the cast in new roles. A new spin-off titled 1923, the sequel to Yellowstone prequel 1883, was announced back in February. The new prequel series will be headline by legendary actor Harrison Ford and actress Helen Mirren. Currently slated for a December release, the new spin-off is yet another project in the ever-expanding universe created by Taylor Sheridan. It sure sounds like the Yellowstone universe is far from ending, and we might be seeing even more spinoffs happening in the future. 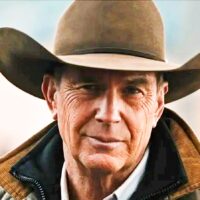 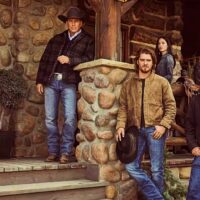 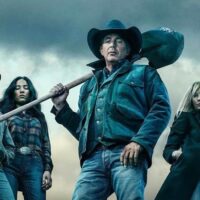