While we have been eagerly awaiting more details about the possible future of Katee Sackhoff’s Bo Katan Kryze in The Mandalorian Season 3, the actress has instead shared an equally amazing new update from her personal life: she just got married to her boyfriend, Robin Gadsby, whom she had been dating since 2018!

Katee Sackhoff shared the happy news via Instagram, wherein she posted a photo of her wedding dress hanging on the wall, with her glittering heels directly beneath it accompanied by an aged bottle of Insignia. While the beautiful wedding dress barely left any doubts, the Battlestar Galactica star clarified in her post that she has finally taken the big step and become Mrs. Gadsby. In the caption, she has mentioned that the 17-year-old magnum bottle of Insignia is a gift from her father. Looks like Katee Sackhoff had a very intimate wedding with only close relatives and friends in attendance. Check out the post by Sackhoff below:

The love story of Katee Sackhoff and Robin Gadsby is something right out of a Hollywood movie. The actress met her current husband back in 2018, merely months after she separated from The Boys actor Karl Urban. During an appearance on the Inside of You with Michael Rosenbaum podcast, she had shared that the breakup was a terrible experience for her and it took months of therapy to get over it. After nine months, while she was finally ready to step out into the dating world, getting into a serious relationship was not on her list. At the time, Sackhoff was working in Netflix’s Another Life, whose production team included Robin Gadsby as a writer.

When Katee Sackhoff met her beau Robin, though she found him cute, she initially thought he was just going to be a rebound relationship for her especially since he is ten years younger than her. But they ended up becoming best friends and connected “on a deeper level.” And well, the rest is history! On the actress’ 40th birthday, Robin proposed to her and The Mandalorian star said “yes.” Post that, the question was not “if” the couple will tie the knot, it was just a matter of when.

Katee Sackhoff recently voiced the character of Dr. Pamela Isley/Poison Ivy in DC’s animated two-part superhero film, Batman: The Long Halloween. She will be next seen in Another Life Season 2 wherein she will reprise her character of Niko Breckinridge, astronaut and commanding officer of the Salvare, who embarks on a mission to find out the origin of an alien artifact that ends up on Earth.

As for Katee Sackhoff’s future in The Mandalorian Season 3, while the actress nor anyone associated with the Disney+ series has confirmed her presence in the upcoming chapter, it is very obvious that she is going to be a part of its storyline. Season 2 of the Star Wars series ended with Din Djarin beating the villainous Moff Gideon and inadvertently winning the Darksaber which makes him the rightful ruler of the Mandalorian throne. As the Darksaber can’t be simply transferred from one to another, Bo Katan needs to win it fair and square i.e., through a battle with its owner to secure her right to Mandalore’s throne, which makes her Mando’s by-default adversary even though he has no desire to rule Mandalore. Hopefully, this means Katee Sackhoff can be counted on to appear. For now, apart from Pedro Pascal, Carl Weathers, and Giancarlo Esposito, no other cast member for The Mandalorian Season 3 (which is reportedly being filmed) has been confirmed. 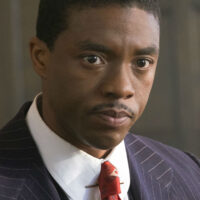 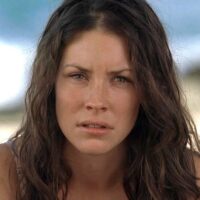 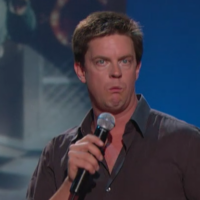