A 61-year-old retiree is suing a bank after she was scammed out of $40,000 by a Johnny Depp impersonator.

A woman in Brazil fell for the ultimate scam when she was subjected to a scam artist posing as Johnny Depp, who scammed the retiree out of $40,000. Apparently, this person was posing as the actor and messaged the woman, convincing her that he needed money for the convictions in the lawsuits that he had been involved in. Quite honestly, with how Depp had been bridled in lawsuits with ex-wife Amber Heard, it makes sense why someone could fall for such a scam.

The 61-year-old retiree from Brazil stated that she began an online relationship with the person posing as Johnny Depp, which began in 2020. At first, their conversations consisted of “everyday life issues” before it turned into the Depp impersonator speaking about their said story and the convictions that awaited them from the many lawsuits, they were involved in. Things began to get far more serious when the Depp impersonator began to romantically link themselves to the retiree.

The retiree’s lawyer, Eduarda Tosi, stated that his client was told that the Johnny Depp impersonator was promising to have her move in with him. Things got so far as the retiree undergoing plastic surgery, thinking that she was going to be living in Los Angeles with the Depp impersonator. The lawsuit stated that the retiree was convinced about the impersonator’s story because of the pandemic, and how she suffered emotional shock during that period.

Again, we understand how someone would believe a story of woe coming from people struggling during the pandemic, but to believe that you are speaking to Johnny Depp is suspect. Also, Depp was certainly involved with many lawsuits with his ex-wife at the time, but it wouldn’t make sense that he only needed $40,000 for his fees. It is tragic that this woman was scammed out of such a large sum of money.

Based on the lawsuit, the retiree is suing Banco do Brasil, stating that they allowed a fraudster to open a fraudulent account. The Johnny Depp impersonator was allowed to steal this money from her, without the banking stepping in. However, the bank has fired back stating that the woman willingly sent her money, so they are not at fault.

The lawsuit is ongoing, and there is no telling if the bank will be responsible for recouping the money that was stolen by the Johnny Depp impersonator. However, the retiree is challenging the bank for allowing the money to have even been stolen, considering the huge deposits that she had sent to the impersonator.

We will have to keep your eyes peeled for an update on this situation, and we hope that something good can come of this situation. Maybe the real Johnny Depp might step in and send the retiree some good-faith autographs or have dinner with her, which we know sounds a bit crazy, but it could happen. Either way, people scamming other people is terrible, and we hope the person who did so finds themselves being punished for engaging in such a terrible scam. 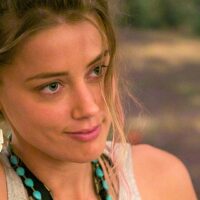 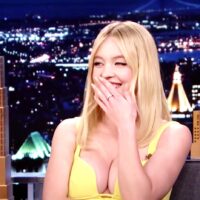