Game Of Thrones Actor John Stahl Has Passed Away

Sad news has broken today. Per a report from Comicbook.com, Scottish actor and Game of Thrones alum John Stahl has passed away at the age of 68. The actor is survived by his wife Jane Paton.

The Scottish actor, whose cause of death has not been revealed, spent his final days in the Ilse of Lewis, off the North-West coast of Scotland. He reportedly passed away on March 2nd. Fans of this day and age will know John Stahl best for his tenure in HBO super smash hit Game of Thrones. The Scottish thespian played the role of Rickard Karstark, a major player sharing many scenes with Richard Madden‘s Robb Stark ahead of that infamous Red Wedding episode.

Any day a beloved actor from an iconic series passes away it is a sad thing. However, John Stahl’s passing has had an even more profound impact on British shores. The actor spent the majority of his career as a prominent figure of Scottish and British Theatre, along with television. His longest-standing role was as Inverdarroch in Scottish soap Take the High Road, his tenure on that show spanned multiple decades, from 1982 to the shows ending in 2003.

Beyond television, John Stahl’s impact, and the weight of his loss, is most profound in theatre. Stahl was a student of The Royal Scottish Academy of Music and drama. The actor then went on to a remarkable 30-year career. He appeared in countless Scottish Stage Productions, productions by The Royal Shakespeare Company and National Theatre Company in London. His work was well respected and held in high esteem, as referred to in his Agent’s tribute:  “an actor of remarkable skill and a stalwart of Scottish theatre.” The National Theatre of Scotland echoed this sentiment, taking to Twitter to pay tribute to the actor.

Several Screenwriters and Playwrights from John Stahl’s native Scotland also took to Twitter to pay their respects to the actor and comment on his extraordinary ability as an actor. One such tribute came from famous author Ian Rankin, who took to Twitter to write the following tribute: “Sad and shocking news. He was a terrifying and charismatic Cafferty in my play Long Shadows. I’d so hoped to work with him again…”

As well as writers coming out in tributes for John Stahl, countless actors who worked with him on stage and television also came out with tributes across Twitter. Steve Toussaint, the British actor who will be appearing in the Game of Thrones spinoff House of Dragon this year, shared the stage with Stahl in a production of Father Comes Home From the Wars. Toussaint spoke of Stahl as not only a great actor, but a great human being to boot in a Tweet showing the pair of them performing alongside one another.

Thirty years performing for stage and screen is no mean feat, yet John Stahl pulled it off with grace and aplomb. His talents and good nature are clearly apparent in the outpouring of affection that has come out following his tragic death. Not only that, but every condolence comes coupled with recollections of his incredible skill. John Stahl is the very embodiment of the word actor. A man who comes from the classic age of stage-wrought performers. He will undoubtedly be missed. 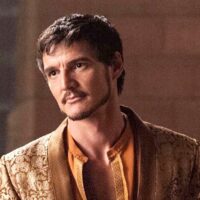