JK Rowling has become persona non grata among many in the LGBTQ+ community this year because of her public stances on transgender people. But despite the considerable public backlash, the author continues to speak on the topic and remains steadfast in her opinions, even though they haven’t been warmly received. Rowling recently spoke out again regarding her ideas around transgender transitioning, surgeries and the right to defend free speech opinions against the threat of cancel culture, even claiming that most people she’s heard from agree with her opinions.

In her recent interview with Good Housekeeping, JK Rowling spoke about her transgender beliefs, which has become a lightning rod for the Harry Potter author. In it, she discussed the backlash she’s had from fans, but she also claims 90% of the people reaching out to her agree with her views. Rowling also says a culture of fear in the public eye has stopped folks from speaking out publically in a similar way.

JK Rowling’s controversy around her transgender views started about a year ago, but heated up again over the summer when she sent out a series of tweets calling into question certain ideas around sex, gender, and confusion around the subject. Rowling’s views on the matter weren’t warmly received. Many accused her of transphobia and even fascism when she claimed that eliminating ideas around sex and gender did a disservice to women specifically. One quote on the subject said:

“If sex isn’t real, there’s no same-sex attraction, … If sex isn’t real, the lived reality of women globally is erased. I know and love trans people, but erasing the concept of sex removes the ability of many to meaningfully discuss their lives. It isn’t hate to speak the truth.”

Another tweet, explaining that debating ideas around transgender topics and sex in general shouldn’t lead to job loss or fear:

These quotes, which appeared to call into question her support of transgender transitioning, led to many in the Harry Potter world to publicly denounce the author. It also led to fans insisting on boycott JK Rowling’s books and movies. Yet the author has remained steadfast in her views. Specifically, she’s pushed back on the idea that speech and opinions should in any way lead to fear of job loss.

JK Rowling also stirred things up more when her most recent book, Troubled Blood, featured a cross-dressing serial killer as the primary antagonist. This led to even more backlash from folks who thought she was targeting the community specifically. That being said, Stephen King and even Hagrid actor Robbie Coltrane came to Rowling’s defense around her right to free speech.

But there’s also a sense that JK Rowling’s insistence on questioning ideas around transgender transitioning and sex in general remains, at its core, a debate on free speech. The author has said as much, even saying she fully supports people of all communities. But she also appears to want to double down on the idea that conflicting views on a topic shouldn’t mean a total dismissal of other work.

This isn’t likely to be the last time we hear from JK Rowling on the topic and it will be interesting to see how things go. She clearly is resilient in her ideas around free speech and has made her opinion on the topic clear. While some fans might want to now boycott Rowling’s work, if her claims are accurate, most of her fans are in support of her views. 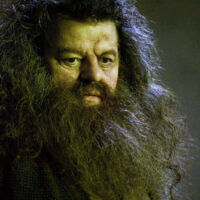 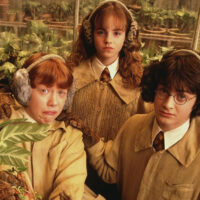