Jason Statham is known on-screen for basically kicking ass. Whether it’s as a thief, an ex-military agent, an ex-cop, a guy on speed, really just about anything he’s ever been in has involved him having a snarky English-accented quip and then a swift punch to the face. He’s made his bones on this persona, it’s totally worked and there doesn’t appear any short-term plans on changing it.

But you’ll be interested to know that his wife says Jason Statham is quite different in real life than he is on screen. In fact, apparently, he’s just about the exact opposite from the Statham we’ve come to know and love. In a recent interview with Elle Magazine, his wife Rosie Huntington-Whiteley detailed what Statham is like off the screen. And it’s not really what you would imagine.

In the lengthy interview, Whiteley details some of the smaller details of their marriage and how they originally got together. The couple has been married about ten years now and he is 20 years her senior.  Some things she says about Statham make sense from what we’ve seen on screen before. There’s some references to his background and how he didn’t really come to acting until much later in life. In this way she says:

He knows the value of a pound. And he understands what hard work gets you… He didn’t act until he was well into his thirties, so he had this big chunk of life where he was a painter and decorator and he was on the door of clubs and he was on the market stall, trading…

This part isn’t all that surprising. Jason Statham does bring quite a bit of this feel to the screen. He didn’t really start his acting career until he was into his 30s. He was 31 when he first appeared in Guy Ritchie’s Lock, Stock, and Two Smoking Barrels in something of a bit (but memorable) part. It earned him a role in the follow-up film Snatch. So it makes sense that Statham would have something of a different outlook on his fame and more of an understanding of the relative cost of things in an *everyday* society in a way other super famous stars might not.

Where Jason Statham does start to diverge from his on-screen persona in his marriage is in the smaller things. For instance, Huntington-Whiteley describes some of their morning routine around the house

If I’m lucky, Jason will bring me a matcha latte in bed…

This is one of the parts that’s tough to imagine coming from a guy like Jason Statham. So many of his movies have been geared directly around the action in the forefront. Few of the characters have even had anything like a love interest. The flicks just don’t often call for it. There have been a few in which the character has “lost someone” but we are usually catching up with him after the fact, and right before he starts kicking ass again. So to think about him strolling up the stairs with a specialized coffee in hand is a bit discordant.

And then Huntington-Whiteley says this about Jason Statham and his general demeanor, how he approaches life in general.

He’s so grounded and humble, he’s really fun and charismatic and energetic.

Imagine someone calling Deckard Shaw grounded and humble. It’s literally the exact opposite of this character who has a devil-may-care attitude towards fighting in general and is fine thinking he’s on the same physical level as someone like Luke Hobbs (Dwayne Johnson). Just the very idea that Jason Statham plays a character who believes, in every essence of his being, that he and The Rock stand in the same exact fighting and physical class is so divergent from a grounded and humble approach to life.

In hearing about Jason Statham off-screen, it’s at first tough to reconcile the differences with what we see him act on screen. He’s made a career off of this tough guy attitude and willingness to get in a fight at a moment’s notice. It’s served him well in almost every film. But maybe this off-screen persona is what makes what he does on-screen so palatable. There’s just always been this thread of “everyman” to him that viewers pick up on. In some ways, I think we see ourselves in him. He started as a normal guy before acting and now mostly plays a normal guy still, just one that typically has the upper hand. It’s why so many of his movies work.

Next up for Jason Statham, besides making breakfast in bed for his wife, is another team-up with Guy Ritchie when they release The Wrath of Man.  He is set to pair up with Ritchie again in another, now unnamed film in the future as well. Plus, there’s the much-anticipated Hobbs and Shaw sequel which is supposed, to one day, hit the screen as well. In the meantime, we can picture being the grounded and kind guy he’s described as here. 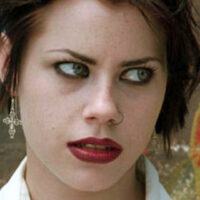 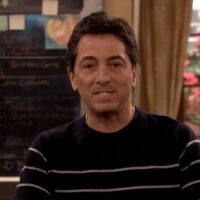 Why Scott Baio Has Been Trending