COVID-19 has been a divisive topic as people have protested against vaccines, masks, and protocols that are meant to keep people safe, while others have followed the guidelines and done what is needed to minimize the spread of the virus. Some celebrities, in particular, have had sour takes that have been met with severe backlashes. One example of this was Evangeline Lilly (Ant-Man and the Wasp).

Last year, Evangeline Lilly came under fire for an Instagram post she had made. It was a picture of a cup of tea, and in the caption, she mentioned how she dropped off her children at gymnastics. She then hashtagged “business as usual” to end the post. It struck a huge backlash for her and her family for not self-quarantining and social distancing.

Things got worse as Evangeline Lilly responded back to people about how, although she was, for the time being, ” immune compromised,” two young children, and her father with leukemia, she valued her freedom. She went on about how people’s values differed, with some prioritizing safety and health, and others focused on living their life and being free. This response was not met positively by her followers.

One star who called out the Instagram post was Sophie Turner (Game of Thrones). While Evangeline Lilly was not named, it was pretty clear that the response was at the Ant-Man star as Turner referenced the tea. In her response, she said that she does not “give a fuck about your freedom.” She then urged people to stay inside and be cautious while acknowledging the threat of the coronavirus.

It was 10 days after the first post where Evangeline Lilly took to Instagram to apologize for her previous picture and caption. She went on to explain that she was being incentive about the topic, and while she tried to put something out there that was soothing, it turned to be her putting out her own worries in a way that was not met positively. She apologized while giving her sympathy to everyone affected by the pandemic.

Evangeline Lilly went into detail about what her family is doing to stay safe. The picture showed them playing a board game indoors, and she detailed how they were following all of the guidelines that are being set up in the community that she lives in.

Ant-Man star Paul Rudd (Living With Yourself) showed a different attitude in the wake of the virus compared to his co-star Evangeline Lilly. The actor appeared in a PSA where he urged Millennials to wear a mask and take the proper precautions to stay safe. Of course, it was mixed with his typical humor that fans have come to know.

It appears that the dust has settled for Evangeline Lilly as time has moved on, her apology seemed to do some beneficial work, and other people have taken the heat for their harmful opinions on the virus has made for a recipe for her to move forward from her previous post.

The film industry has been slowed down since the pandemic hit, which has shifted release dates, closed theaters, and shut down productions. Still, that has not stopped the industry entirely. That was proven with new releases like Evangeline Lilly starring in Crisis, which was released back in February of this year. The opioid-focused drama also starred Gary Oldman (Mank), Armie Hammer (Call Me by Your Name), Luke Evans (Nine Perfect Strangers), and Greg Kinnear (The Stand). It was directed and written by Nicholas Jarecki (Arbitrage).

Marvel fans will be able to catch Evangeline Lilly and Paul Rudd on another adventure with Ant-Man and the Wasp: Quantumania. The superhero blockbuster will star Kathryn Newton (Big Little Lies), Michelle Pfeiffer (Murder on the Orient Express), Michael Douglas (The Kominsky Method), and Jonathan Majors (Lovecraft Country). Peyton Reed (The Mandalorian) directed the first two installments and will return for the third, which started production back in July. 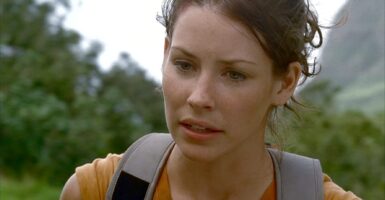 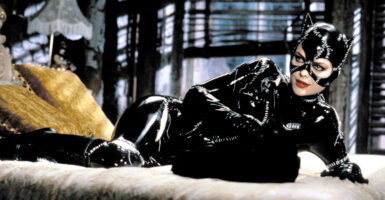