The state of Michigan looks to be closing a legal loophole that would make it so Tesla isn’t able to perform direct sales or own their own service centers in the state anymore. Lawmakers in Michigan have passed a bill 65-39 that bans vehicle manufacturers from directly or indirectly owning a car repair or service center.

In January, Michigan made a deal with Tesla which allowed the company to sell cars in Michigan, if the sale took place outside of the state. With past loopholes being closed, it looks as though the January agreement has become invalid. Tesla has been banned from direct sales or service to vehicles directly to Michigan customers since October 2014. The reasoning behind this rule comes from an existing statute that bans direct sales of new cars as a way to protect dealers.

Before the agreement in January, Tesla owners living in Michigan had to travel outside of the state to buy a car or receive service for cars, with the nearest places to do so being in Cleveland, Columbus, Toledo, or Chicago. Yet the language that supported Tesla being able to operate in Michigan was stricken from bill 6233 on Wednesday, and was approved by the State House. The bill not only hits Tesla and its owners, but also other startup car companies like Rivian and Lucid.

In 2016, Tesla filed a lawsuit against Michigan, saying that their inability to operate within the state violates commerce laws, stating that the electric car company was being blocked by General Motors, which has a major presence in the state. In September, a new bill was introduced to the state legislature that would have protected Tesla, while closing the door on companies like Rivian, yet the language in the bill was changed at the last minute.

Considering the rapid growth of Tesla, and the desire for dealerships and repair shops in the state of Michigan, it seems just a matter of time before Michigan reverses these backward laws. While the laws initially existed to protect car dealers, the times are changing, and the direct line from the car company to the consumer is something that Michigan legislature should consider going forward in consideration of these laws.

Michigan isn’t the only state to restrict Tesla sales. Louisiana, Texas, Connecticut, West Virginia, Wisconsin, Nebraska, and Oklahoma have all banned Tesla from conducting direct sales. Meanwhile, states like New Mexico, Alabama, and South Carolina have not only banned direct sales, but have also banned service centers from the company. Many other states have allowed Tesla to operate, but only with a limited amount of stores. For example, New York only has five stores, while a state like Ohio has a three-store limit.

Despite Tesla becoming a major name in car manufacturing, their business model is severely hurting them in states around the country. It seems as though the company has plenty of legal problems on their hands if they want to become a major competitor in the automobile industry. Getting the laws changed in Michigan would be a huge step for Tesla, but as of right now, it doesn’t seem like Tesla can operate in the United States’ most important car state. 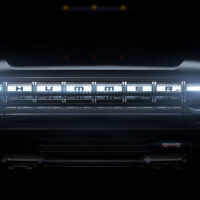 The Best Electric Cars From Luxury To Affordability