Apple Is Making The Creepiest Change To Its VR Headsets

Apple VR sets will allow users to switch from reality to VR while copying expressions and showing them via a forward-facing display.

With companies like Tesla doing all they can to alter the world as we know it, the future is on the way and Apple is making it super weird with some rather unnecessary adjustments to their much-talked-about VR headsets. If you hate wearing headsets because you can’t show your face to the world, worry no more, as The Information has reported that Apple’s latest mixed reality headset will allow users to do both at the same time. Allegedly, the new piece of equipment will have the ability to copy your expressions and show them to the world via an outward-facing display.

Apple’s latest dip into the VR waters will allow its customers to really toe the line between reality and the virtual world, but with this latest update, they’ll make sure you keep one foot firmly planted in some sort of terrifying physical state. Along with the front-facing display, users will also have the ability to tune up or down the levels of imagination via a dial on the side. With the dial, you’ll have the option of checking in and out of reality with a colorized view focusing on the changes.

Forever giving us things that we didn’t know we needed and maybe even don’t need, Apple’s latest VR headset could be a wild thing of the future or just a step closer to the robot overlords’ takeover. And seeing as how the company was in the news for losing money last year, we imagine they’re hoping their latest device will be a slam dunk with consumers. So, how much will the latest Apple accessory cost you?

We’re imagining the line around the Apple store won’t be too insane for the release of the VR headset, as the product is expected to be listed at $3,000 when it hits the market later this year. If you think the price tag is high (and we’re with you) the amount of money Apple has spent in research and development for their latest must-have gadget is projected to be somewhere in the billions, making its asking price more understandable. But will it be the latest craze for consumers everywhere?

The answer is most definitely different for everyone and just depends on what you’re looking for in your next virtual reality purchase. Apple’s VR headset will allegedly boast the ability to tune into the user’s interpupillary distance via a set of tiny motors which will in turn allow the wearer a magnificent 120-degree field of view. On the downside, you’ll look like a real nerd wearing the full piece of machinery with the product’s waist-mounted battery dragging your pants down as you walk the line between real and virtual.

Still, Apple’s latest VR invention may be a lot safer and cost-efficient than throwing your money at companies like Tesla that just keep showing up in the headlines for unfortunate reasons. And since you’ll already look like a real jerk with your $3,000 headset and giant waist-mounted battery by your side, we think you should just double down and get that Segway you’ve always wanted. A match made in heaven. 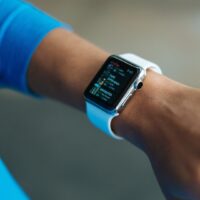 Apple Watch Being Sued For Racism 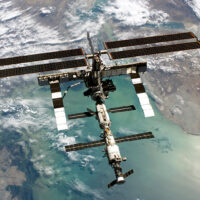 Hilton Hotels Are Going Into Space 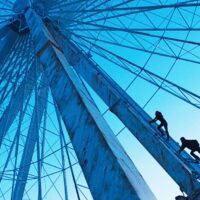