Warner Bros. Is Making A Movie About The Most Trusted Name In Cartoon Technology If you grew up on a steady diet of Looney Tunes cartoons like I did, you know the name “Acme.” They’re the ubiquitous purveyor of gizmos, gadgets, and thingamabobs. Throughout decades of animated history, Acme has been there, supplying ray guns and rocket boots and and malfunctioning catapults to a customer base that is at least 76% “frustrated coyote.” Now Warner Bros. is bringing the Acme name into the spotlight, developing a feature film based on the cartoon company.

Steve Carell will star in the Acme movie, which will be a live-action/CGI hybrid. Carell’s Crazy Stupid Love collaborators Glenn Ficarra and John Requa are also in talks to direct the film. According to THR, the Acme movie won’t focus on any of the familiar Looney Tunes characters, although I wouldn’t be surprised if some made appearances, even if Warners tries to keep that under wraps until the movie hits theaters. If so, I could see this being in the vein of Who Framed Roger Rabbit or Space Jam. THR says Warners is envisioning Acme as “an event movie that will also launch a franchise.”

Acme has actually been in development since 2010, when it began life as a pitch that earned six figures for writers Kevin and Dan Hageman. Their original idea was to spin a story set inside the Acme warehouse, something in the vein of Men in Black. It’s unclear from the new THR story if that basic concept has changed or not.

This whole idea is one that is dependent almost entirely on execution. Acme’s presence in the Looney Tunes is frequently hilarious, but it’s mainly just a source of sight gags. For Acme to work, there’s going to have to be more to it than that — we need a story and characters on which to anchor those gags. They’re also making their task that much more difficult by not throwing any of the beloved Looney Tunes characters into the mix, assuming they stick with that idea. It could go either way, but one thing’s for certain: they’ve got a major challenge ahead of them if they want to make an Acme movie that’s funnier than this Wile E. Coyote ‘toon. 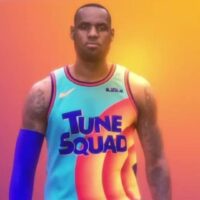