The Best Robert A. Heinlein Books

Unfortunately, because the book had such an impact on the culture of its time, it gets tons of publicity and now anyone looking to explore Heinlein’s work usually starts by reading Stranger… and then they never read anything else. Stranger in a Strange Land is a huge turnoff: narratively unsound, full of more wild ideas than it is with actual story, for people new to Heinlein having them read Stranger in a Strange Land is a sure way to make sure they’ll never read anything else he’s written.

So it’s important to recommend other Heinlein books which are not only completely different, but infinitely better, as a better way for new readers to gain entry into Heinlein’s world. Most of these come from earlier in his writing career, before he wrote Stranger. After Stranger Heinlein kept writing more books like, well, Stranger. If you want to read Heinlein, start with these 5 books instead…

The Star Beast | written by Heinlein in 1954

The Star Best was actually written by Heinlein as a novel for young adults but it works well enough that old adults can enjoy it too. This was my first introduction to Robert A. Heinlein at an early age and if you’re looking for an easy window into his worlds this might be the book for you.

The Star Beast is the story of a boy named John Thomas who has a pet alien, brought into his family by a spacefaring ancestor. The pet on the other hand, thinks it’s the one keeping humans and as it grows to adulthood (and reaches a prodigious size), John learns his pet is not just some puppy but an intelligent creature from a powerful race of spacefaring aliens… who want him back.

Tunnel in the Sky | written by Heinlein in 1955

Tunnel in the Sky is kind of like Heinlein’s Lord of the Flies. A group of students are sent to an alien planet to practice their survival skills. They’re only supposed to be there ten days but no one ever comes to pick them up. They band together to form a community and the book follows one student who eventually becomes their leader, helping them all survive in a harsh and deadly environment. Years pass and things eventually go from bad to worse when they discover a species of viciously deadly aliens threatening to wipe them all out.

Starship Troopers | written by Heinlein in 1959

Yes this 1959 Hugo Award winner is the book that weird Paul Veerhoven movie from the 90s is based on. Starship Troopers the book has so very little in common with the film they made out of it, it’s almost a completely different thing. Starship Troopers is hard-edged, military science fiction about a young soldier named Johnny Rico, thrust into the midst of a war with an alien race of bugs. He’s a member of the mobile infantry, ground troopers who fight in power armor.

The Door into Summer | published by Heinlein in 1957

The Door into Summer is the story of an independent thinking engineer and inventor (Heinlein’s favorite type of character) named Dan Boone who builds a robotics company, only to be betrayed by his partners and stuck in cold sleep. He wakes up decades later and tries to rebuild his life in a strange future. Along the way Dan rises and falls again, ends up at a nudist colony, and eventually gives up and goes back into cold sleep again.

It’s a complex story about innovation and invention and corporate intrigue. The Door into Summer handles some of Heinlein’s pet topics, tackling issues of sexual freedom and oh yeah, lots of time travel. But it does all of that while still telling a great story. For me this is Heinlein at his best, but you may not want to tackle this one until you’ve fortified yourself with some of his simpler works first.

Farnham’s Freehold | written by Heinlein in 1965

Farnham is the cold war era tale of a family hiding inside a bomb shelter when nuclear war breaks out. It’s brilliant, particularly early on as Heinlein describes his little group of people, huddled inside their shelter while the world shakes around them. Eventually they leave the bomb shelter, to discover they’ve somehow been transported… somewhere else. Alone in a hostile environment without any of the technology they’re used to, the group tries to form a community and survive, only to discover a place where white men are slaves and the world they knew is buried and gone forever.

Some groups view this book as controversial, claiming they see racist themes hidden within it. Whether that’s the case, I’ll leave for you to judge. Just keep in mind while you read Farnham’s Freehold, the time period in which it was written. Context is king.

Other Great Robert A. Heinlein Books You Should Read

Have a favorite Heinlein story I missed? Tweet at us using @gfrobot. 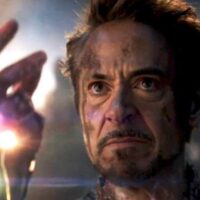