Hey, budding filmmakers, looking for a venue for your science fiction of fantasy short? Consider submitting it to the Science Fiction + Fantasy Short Film Festival (SFFSFF) in Seattle. The fest is now accepting submissions of live action or animated films, up to 15 minutes in length, that were produced after 2009. Early entry closes on June 30, but films will still be considered through September 15. It’ll just cost you a little more after June.

An annual event, SFFSFF is a blast, and a great place to show your work. Every year for the last five years, the fest has sold out multiple showings at the historic, 800+ seat Cinerama Theater in downtown Seattle. It’s the best place in town to see a movie, and how cool would it be to see your movie projected onto a 70-foot-high screen with the latest digital and audio systems to back it up?

The jury is made up of actors, writers, filmmakers, and other people working in the industry. Previous years have included Bear McCreary, Sue Corcoran, Rider Strong, and many more. It isn’t a bad place to have your film seen, as former contestants have won awards or been picked up for distribution. Entries are judged on originality, quality, voice, style, innovation, narrative, and artistic merit. Sponsored by the EMP rock and roll and sci-fi museum and the Seattle International Film Festival, the driving force behind the SFFSFF is to promote awareness and appreciation for sci-fi as a genre.

The dates for the 2014 edition are not already set, but SFFSFF usually goes down in January or February. Check out the website for complete submission guidelines. 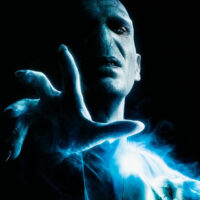