You guys know what time it is. It’s time for everybody’s favorite non-news program Everything That Isn’t Exactly Happening With Ghostbusters 3. I’m your host Skip Slittersby (since even names aren’t confirmed where Ghostbusters 3 is concerned). Today’s top story is that actress Emma Stone is not interested in starring in this long-gestating sequel. It isn’t actually clear that she was ever interested. Rumors like this often tend to run amok. The source is quoted as saying she “is passing” on the project. In reality, this could potentially mean Stone had three or four unwritten emails from Dan Aykroyd in her inbox that she didn’t read until earlier this week.

Stone’s name was rumored along with Jonah Hill, who, rumor has it, is still showing interest in the starring role. What’s intriguing, should it be true, is that Sony is apparently looking for two big name actors to sign on for the film or they’re not going to give it the green light. That sounds like common sense, as studios always want star power for their franchise projects, especially in the case of such a troubled film like Ghostbusters 3.

What this says to me is they aren’t so completely won over by the script that they think it could work with lesser-known talent. Ideally, enough fans of the original are going to check this out regardless of who is in it, and regardless of what they say behind closed doors. (Personally, I’ll be squirting lemon juice in my eyeballs as I pre-order my tickets on Fandango.) The fact that Sony is so tethered to these stars, and that no one else has expresses any interest in joining, means this screenplay probably isn’t telling a story that anyone wants to hear.

All that said, it’s a shame that Stone won’t be involved, as she’s a good addition to just about any film you can conceive of. We’d love to talk more about her here at GFR, as she’s already whet our appetites for how she fits into our favorite genre. As far as Hill is concerned, I enjoy his comedy and his acting most of the time, but there are other people I like way more. Like Bill Murray. Sayyyy, I wonder if anybody ever thought about giving Bill Murray a call about Ghostbusters 3?

At this point, I’d be more interested in another animated Ghostbusters series that shared the film’s tone. In fact, let’s just go ahead and watch one of the classic The Real Ghostbusters cartoons right now. Don’t worry about that banging sound you hear. That’s just me trying to trick Aykroyd into thinking opportunity is knocking. 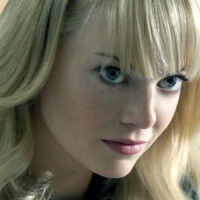