One Dad Puts His Kid In Video Games, Another Gives His Baby A Mass Effect Name 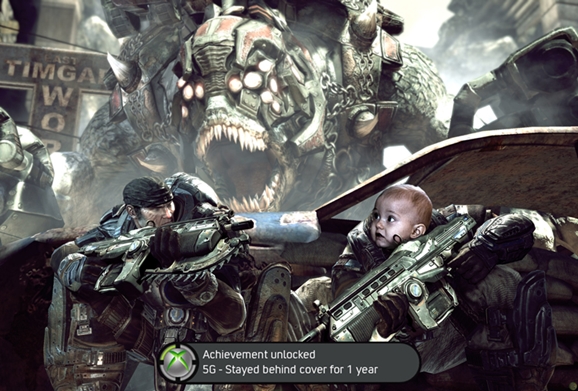 I’m the dad of two awesome three-year-old boys, and one of the things I’m most enjoying is getting to gradually introduce them to the shows and movies that I loved growing up, as well as discovering new stuff together. (We’re currently watching Clone Wars, as a gateway to the Star Wars films.) But as much as I love to let my geek flag fly high, the parents we’re highlighting in this story have definitely taken things to the next level. For instance, I love video games, but it never would have occurred to me to figure out a way to put my kids in a video game.

In my defense, I’m also not a game developer. Super-dad Ben Stirling, however, is, and he used his skills to insert his one-year-old into assorted popular video games. Up top we see a fairy hilarious shot of Stirling the Younger facing off against the Locust hordes from Gears of War. I love that in that one he actually put the kiddo’s head on one of the in-game character’s bodies.

Although this next one does conjure up nightmares of how much trouble a one-year-old could get into with a Portal gun. (Granted, I would probably get into trouble if I had a Portal gun…) 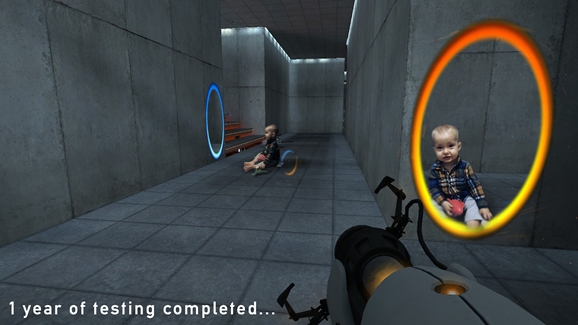 And hey, we’ve seen every other group on the planet face off against the undead, so why not Babies vs. Zombies? If you’ll excuse me, I’ve got a screenplay to write… 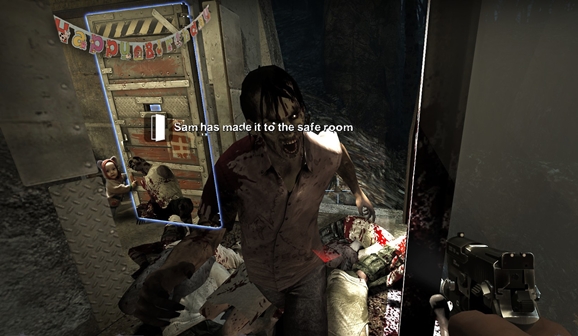 This next one is my favorite, because it features not only my favorite game franchise of all time — BioWare’s Mass Effect — but also one of my favorite fictional characters of all time — the eccentric, Gilbert and Sullivan-singing Salarian scientist Mordin Solus. The baby-fied dialogue wheel is an extra nice touch. 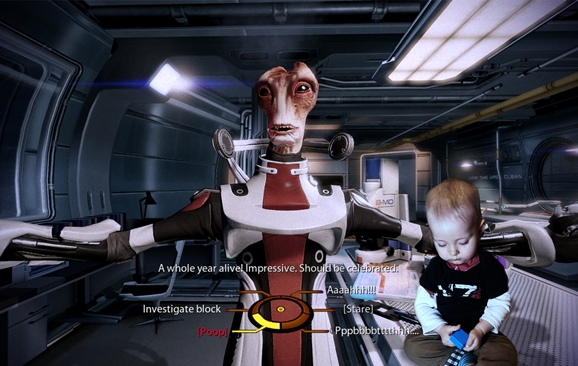 You can see more of Stirling’s adventures in video game babysitting over on his tumblr.

We don’t all have the technical chops to transport our offspring into video games, of course, but some parents decide to bring the game to the kid, rather than the other way around. For instance, one pair of parents recently decided to name their newborn daughter after one of their favorite Mass Effect characters, the charming Quarian engineer Tali’Zorah vas Normandy. (Okay, so they only used the Tali’Zorah part.) On the Escapist forums, new dad DrunkOnEstus (we’re presuming that’s not his legal name) said:

Anyway, tomorrow my daughter is scheduled to be born. I’m freaking out and all that, but that’s not why I’m here. Since day 1, her first name was always going to be Tali’Zorah. It’s not necessarily ‘named after Mass Effect, but rather my wife fell in love with the name during our first playthrough of ME1 many years ago. Confused friends and relatives are told “we wanted a nice Quarian name” just because it’s funny to see the confusion become worse.

All that aside, a couple of people have told me that we’re nuts for giving a child that name. I like it a lot, I’m assuming she’ll like it, and I don’t think she’ll get teased for it or anything like that. Out of curiosity, am I totally off base about that? For further discussion value, this thread can be about the entire concept of video games being used to inspire names. 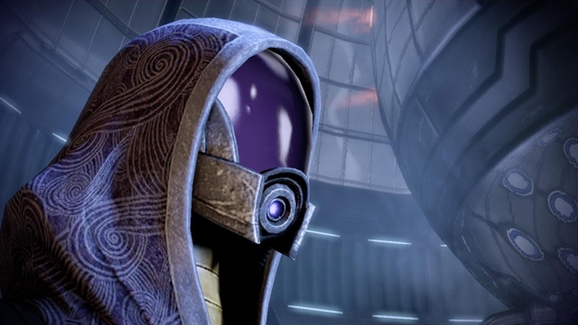 I must confess, Tali’s name is rather beautiful, but I don’t know if I would have named my kid that. Indeed, the concerns about whether young Tali would face a future of teasing from asshole classmates soon dominated the discussion in the comments. Some suggested she could just use “Tali” and better fly under the radar, at least until one of her peers figures out the name’s origins.

It’s hardly the first instance of proud geek parents naming their kids after a slice of pop culture that they particularly love. Hell, Kevin Smith named his daughter Harley Quinn, after the Joker’s psychopathically loyal gun moll. I don’t see anything wrong with the name, especially given some of the other bizarre names I’ve run across over the years, but I get that it might ‘cause some teasing down the line. One Escapist commenter spoke with the voice of experience and said, “I was pretty embarrassed when I learned my middle name came from Dune, and I even liked that book.” Then again, kids are assholes, so if they’re not going to tease you about you’re name, they’ll find something else.

What do you think? Is Tali’Zorah a great name for a girl or are the parents setting her up for schoolyard harassment down the line?

The Fate Of Uncharted Has Been Decided