The live-action adaptation of the anime classic Akira still seems to be mired in development hell, and many fans will likely consider that a good thing. But even if a live-action Akira would be fighting the odds not to be a complete disaster, it’s always a shame when a huge project like this slips into limbo simply because a lot of talented people had sunk their time and efforts into trying to make it happen. Chief among those are the concept and storyboard artists whose vision plays a huge part of developing what the final product might look like. So while it’s probably just as well that Akira is still just spinning its wheels, it’s worth taking a moment to check out some of the awesome concept art done for the project along the way.

First up are some gorgeous looks at the cityscape of Neo-Manhattan (which might have actually been called Neo-Tokyo). We’ve actually seen other Akira images by this artist, Rodolfo Dimaggio, but he recently posted a ton more on his website. Check them out below. (He also did the above image of Tetsuo wrecking up the place.) Artist Tommy Lee Edwards also shared a couple of design images. He did his time on the project during the period when it was going to be directed by the Hughes brothers (The Book of Eli). Like much of the concept art we’ve seen, the story’s futuristic motorcycles are front and center. For the time being at least, Akira remains dead in the water thanks to budget issues. 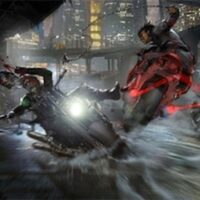 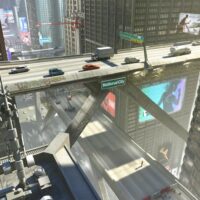 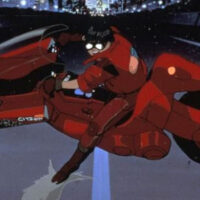