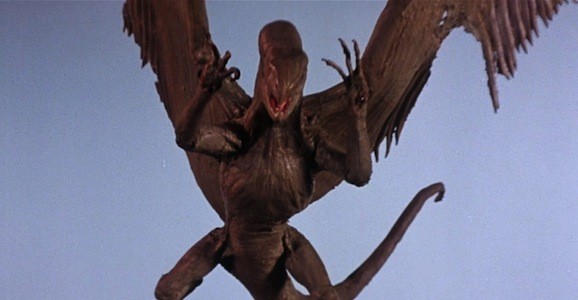 Like I said earlier, one of the many distinct alien races appears to be a reptilian extraterrestrial biker gang. They also happen to look quite similar to the titular monster in Q, also known as Q: The Winged Serpent, Larry Cohen’s crazy-ass 1982 fantasy adventure. Sure, they’re not the Aztec god Quetzalcoatl, but they have similar wings, tails, facial expressions, and flying styles. Granted, these latest incarnations are rendered in much higher quality—you can do that sort of thing with a $170 million budget—and neither David Carradine nor Richard Roundtree show up in the Wachowskis’ latest opus, but we can let that slide. Both films are weird as shit, and definitely have the makings of one hell of an entertaining night at the movies.