It’s no surprise that the Star Wars universe is full of hatred, what with the occasional galaxy-wide wars happening between the Galactic Empire and the Rebel Alliance (among others). But the Sith wanting to destroy the Jedi is a completely different thing from Star Wars fans offering up putrid comments against actor John Boyega for being a black character in this sci-fi saga. Following the release of the Star Wars: The Force Awakens trailer earlier this week, certain sectors of the Internet have been plagued by racially motivated ignorance, but Boyega thankfully isn’t letting all the bad vibes get to him.

The 22-year-old U.K. native took to his Instagram page recently to shower thanks on the thongs of fans of have been going gaga over Boyega’s appearance in a Stormtrooper suit, as well as everything else included in the minute-plus teaser. But he also took a second to call out the badmouthing dimwits, and in a way that was much more respectful. Check it out below:

To whom it may concern: you can all kiss my ass as well. Power to Boyega for acknowledging his detractors without dipping down to their level. The Star Wars brand has never been more mainstream, which almost necessarily means that even more flagrantly disgusting shitheads are going to come out of the woodwork. Let’s just hope that mess gets silenced as we continue on our way towards Star Wars: The Force Awakens becoming a reality. Boyega might have to become Attack the Block‘s Moses again for a little while and shut some mouths in a more hands-on fashion.

In any case, I’d much rather be talking about what Boyega’s appearance in the stormtrooper suit means to the storyline of the movie itself. I don’t think any bad guys in the Star Wars movies have ever looked as worried as Boyega does in the trailer, which could definitely mean that he’s not wearing it with ill will in mind. With details about the film’s new characters mostly kept under lock and key by director J.J. Abrams, it’ll probably be another long while before we find out what Boyega’s motivations are and what his normal style of clothing is. According to previous rumors, Boyega’s character is supposed to be a stormtrooper deserter who leaves his post and hides out on a deserted planet, later teaming up with Daisy Ridley to…have an adventure, really.

Find out what Boyega is up to (and where sci-fi bigotry has gone) when Star Wars: The Force Awakens hits theaters on December 18, 2015. 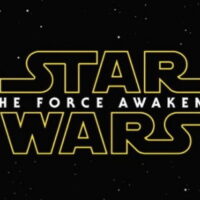 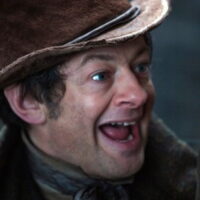 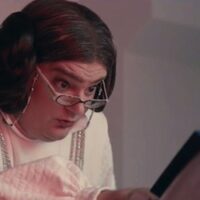