Rosetta To Attempt First Ever Comet Landing This Week, Get The Details Here Ten years ago, the European Space Agency (ESA) launched the Rosetta probe, and earlier this year it caught up with Comet 69P/Churyumov-Gerasimenko. On Wednesday, Rosetta will release its Philae lander, which will then attempt the first-ever landing on a comet.

Humans haven’t landed probes or rovers on very many planetary bodies. We’ve set crafts down on the moon, Mars, Venus, Titan, and on two asteroids, but that’s in. This comet will be the seventh, and landing on a comet is no easy feat. Right now, Comet 69P/Churyumov-Gerasimenko is moving pretty darn fast—forty times faster than a bullet. It’s also spinning and ejecting gas. That makes it a potentially tougher object to land on than Mars, and even then, Curiosity’s nail-biting landing two years ago was a close call.

But for now, let’s assume Philae won’t meet with disaster. The plan is for Rosetta to release it, and then, as the lander is about to touch down, shoot a harpoon into the comet’s surface to act as an anchor.

Once it sets down, it has an assortment of ten different instruments that it can use to examine the comet. It will take a bunch of awesome photos—the first true close-ups of the surface of a comet that we’ve ever seen, drill and extract some samples, and analyze those on its on-board lab. It will also observe the changes in the comet as it nears the sun.

Comets are the oldest known bodies in the Solar System and are thought to contain samples of the “star stuff” that formed our galaxy. They generally don’t change all that much over time, at least not chemically, so they provide clues about the origins of our little corner of the universe. Rosetta mission manager Fred Jansen calls the comet a “time machine containing clues to the composition of the solar system and its very origin some 4 billion years ago.” Comets also contain organic molecules, which could help scientists figure out how life began on Earth.

It’s unclear how long Philae will last on the comet. It depends on a bunch of factors, including the possibility of its solar panels getting covered by dust, thereby preventing its batteries from recharging. Scientists estimate that by March, the comet will be close enough to the sun to render Philae nonfunctional. In December 2015, Rosetta will turn around and head away from the sun.

It will take roughly seven hours after Rosetta releases Philae for scientists to find out if the landing is successful. Live coverage of the event starts Tuesday afternoon and lasts through Wednesday. You can see the live coverage on Space.com, and ESA and NASA webcasts. 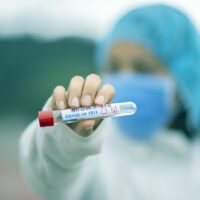