Latest NASA News: The Present And Future Of America In Space

We have the latest NASA news. Follow us into NASA’s present and future of exploration.

NASA NEWS: RETURNING TO THE MOON

NASA news reports are calling this their Artemis program.

Since 1972’s Apollo 17, not one American, in fact not one person, has set foot on the moon. We are talking over 47 years without one human being stepping foot on Earth’s closest neighbor. What gives? According to most pundits, the Cold War is what gives. When America was sending the Apollo crews to the moon, it was pretty much a race against Russia. The Cold War pushed the agenda. Since the last landing, the agenda has obviously shifted.

Missions back to the moon have been planned, only to see them scrapped for various reasons. NASA planned for the U.S. to head back to the moon by 2028, but Vice President Mike Pence stepped in, instructing them to get it done by 2024. This brings us to the Artemis program.

NASA’s goal with Artemis is many. First, it will establish a human presence back on the moon. Along with this human presence is the announcement that not only will humans once again occupy the moon’s surface, but one of the human’s stepping foot on the moon will be the first woman. It will truly be an amazing time for NASA and Americans alike.

Secondly, NASA plans to explore more of the surface than ever before. In collaboration with commercial partners as well as international ones, the goal here is to create sustainable exploration that will allow them to plan out NASA’s next big adventure.

In addition to their plans for space NASA news reports reveal they are working on projects closer to home. These projects aren’t always space-related as some are intended to help make life on Earth a little easier.

Exploring Earth is an overreaching newsworthy NASA project that begins in space but instead of looking out, it is looking back at Earth. Using the many satellites at its disposal, NASA monitors the Earth’s vital signs in hopes to understand just how the planet is changing. NASA also uses these satellites in conjunction with its many ground-based observation posts to fully monitor the changes in both land and sea.

NASA recently was cleared to move forward on its X-59 Quiet Supersonic Research Aircraft, the first piloted X-plane in over three decades. The excitement for this is that the X-59 will be shaped in such a way to reduce or completely negate the sonic boom it causes when flying. The plan is to fly the X-59 above select U.S. communities and gather data from sensors that will help determine new rules so supersonic commercial air travel can take place over land.

NASA NEWS ON THE RED PLANET

Mars. Not that this is a new adventure, per se, as NASA has had fly-bys and Mars landings in the past. Its Curiosity rover has been on the red planet since 2012, sending back amazing photos and information that NASA has used to gain the knowledge necessary for Mars exploration.

Now, the Mars 2020 rover is on track to launch in the July window. This new rover is similar to the Curiosity, but weighs 278 more and is compared to a mini-Cooper. What separates these two rovers is what they are on the red planet to accomplish. Mars 2020 is designed to do what no other rover can. And that is to take samples of Mars surface and place them in hermetically sealed test tubes. These test tubes will be set down for a future Mars expedition to pick up and bring back to Earth for scientists to study.

As announced to various news outlets NASA plans to drop the Mars 2020 in an ancient river delta in the Jezero Crater. A lake filled this crater and the hope is to find evidence of a single-cell organism. Life.

This is not the only mission NASA is working on when it comes to Mars. Their InSight Mission is a Mars lander that plans on studying the inside of Mars, its crust, mantle, and core. NASA wants to answer questions about the formation of the planet by studying its tectonic activity and any meteorite impact they’ve had on the planet. This lander will be using cutting edge equipment to get under the surface of Mars so it can measure its vital signs: the pulse, temperature, and reflexes of the planet. Its an ambitious mission, one that has another goal for NASA.

Along with the lander, NASA also included two mini, briefcase-sized spacecraft they call Mars Cube One. They were launched behind InSight and are testing miniature deep space communication equipment. NASA was excited to say that mission was a success as these deep space comm units were able to relay data back as they entered the Mars atmosphere and when it landed on the planet.

Of course, all this NASA news is set up for a manned mission to Mars. The goal of NASA on the red planet is creating a human habitat for the first Mars manned landing. The red planet has always held a fascination around the world and the push to find life or see if life can be established is a goal that NASA aims to figure out.

For over 19 years the ISS has been occupied by human presence. The first long-term habitation was a three-person crew, astronaut Bill Shepherd and cosmonauts Sergei Krikalev and Yuri Gidzenko, on the Expedition 1. This continuous presence is a joint venture of five countries: NASA (United States), ESA (Europe), Roscomos (Russia), JAXA (Japan), and CSA (Canada).

ISS is set in the low Earth orbit, making it viewable with the naked eye. Over its 19 years, countless missions and experiments have been conducted that include astronomy, physical sciences, materials science, meteorology, space weather, and human research which involves life sciences and space medicine.

At the present time, the ISS houses a crew of six from three different countries. These astronauts conduct experiments testing different fire safety measures and materials among the missions they are set to accomplish.

ISS is vital in how humans approach space travel and habitation. Its on-going mission has proven invaluable as not only astronauts have made their way to the space station, but space tourists as well. While the number of tourists is small, the future of space tourism is beginning to grow. In fact, commercial activities on ISS are starting to flourish too.

More than 50 companies have a presence on the space station conducting research and development. NASA is also working to install more than 14 commercial facilities with 10 different companies that support NASA’s research projects.

On top of the commercial projects, in other news NASA has announced it will allow private astronaut missions for a stay of up to 30 days. They say they will be able to accommodate up to two short-duration missions per year, as long as the market can support it, with a planned first mission to go in 2020. The missions will be privately funded but the mission will also use a U.S. spacecraft that will be developed under NASA’s Commercial Crew Program.

The price, you ask? American engineer Dennis Tito reportedly paid $20 million in 2001 to spend 8 days in space. Guy Laliberté, the co-founder of Cirque du Soleil, forked over $35 million in 2009 for an ISS trip. Since 2011 when NASA stopped its space shuttles, it has been using the Russian spacecraft Soyuz to rocket astronauts into space. They now hope to end this with their Boeing Starliner capsule and start their “taxi” service to ISS. The seats on Starliner are expected to fetch close to $58 million.

While NASA continues to make news with big missions, they are involved in smaller affairs that are just as important.

The X-57 will be NASA’s first all-electric X-plane. Its goal is to show the benefits of electric propulsion.

Landsat 9 will be launched in 2020. This satellite will continue NASA’s ability to monitor human and natural causes or change on Earth.

Surface Water and Ocean Topography (SWOT) launches in 2021 and is a satellite mission jointly developed with Centre National D’Etudes Spatiales (CNES) and the United Kingdom Space Agency and Canadian Space Agency (CSA). This mission is set in the hope to get a better understanding of the world’s oceans.

Cyclone Global Navigation Satellite System (CYGNSS) is also a NASA mission. This will use GPS technology (the same used in cars) in eight micro-satellites which will measure wind speeds over Earth’s oceans to allow scientists a better understanding of hurricanes and hopefully the ability to predict when they will form.

NASA is a busy bunch. They touch on every aspect of life on Earth, but their sights are always set higher. It is an exciting time for space exploration, NASA is proving that with its push to answer that one question we all have on our mind: Is there life out there? 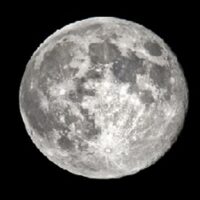 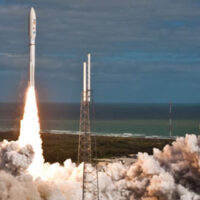 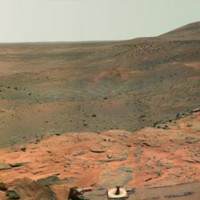