MythBusters Takes On The Walking Dead On October 17 Back in January, we told you guys about the guys from MythBusters putting out an open call for zombies for an upcoming episode that will look at different situations featured in AMC’s hit zombie drama (and something this site reports on every now and again) The Walking Dead. If you don’t remember, it’s possible the memory part of your brain might have been eaten out. In any case, we now know when we’ll be able to finally watch that episode. It’s a tad early for Halloween, but Discovery will be airing it on Thursday, October 17th. If you gobble down a bunch of candy bought for Trick ‘r Treaters while watching it, we won’t tell.

Thankfully they released more than just a release date, and named a couple of the themes they’ll be tackling. “Are axes or guns more effective at dispatching the undead?” is one of the troublesome questions they’ll try to answer, along with “How do those shuffling corpses always seem to catch up to their living prey?” While the weapons-based side of it is right up the alley of hosts Adam Savage and Jamie Hyneman, that second question sounds like it’ll be more complicated. Unless they just bring on Jason Voorhees to explain that people just get tripped up on their own feet way more often than one might think. It’s too bad one of the questions isn’t “How many punches does it take to make Carl cease to exist?”

No MythBusters0themed episode is complete without a couple of guest stars. For this episode, we can look forward to seeing Merle Dixon himself, Michael Rooker, and executive producer Greg Nicotero, one of the greatest make-up and effects artists currently working. He’s the guy directing the web series we talked about the other day. Sure, Norman Reedus or comic creator Robert Kirkman would have been a solid addition, but other than that, Nicotero and Rooker are probably the best guests possible. Below, we have a promo still for the show, which features the guys and Rooker standing in front of a cast of zombies. Spooky, right? In July, MythBusters featured a Breaking Bad special with series creator Vince Gilligan and star Aaron Paul, and they took on two of Walter White’s more explosive tricks from the early seasons. There aren’t a lot of explosions in The Walking Dead, but I’m almost certain one or more will be worked into the show. Maybe an incendiary round to a fake zombie’s head.

Both the third season of Walking Dead and part of the tenth season of MythBusters hit Netflix recently, so catch up on them before the crossover. Below, you can see another zombie show up on a MythBusters segment. Or maybe you won’t. 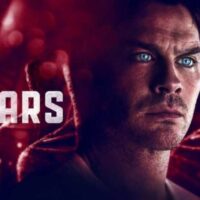 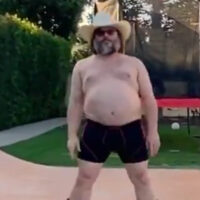