China may have developed a way to shoot orbiting U.S. satellites out of the sky in a way that’s undetectable and simultaneously pretty terrifying. According to a report from The South China Morning Post, a scientific paper about the device was published and it offers some pretty scary details about not just its capabilities, but about how it can operate without NASA or government scientists even being aware that they’ve been the victim of a foreign attack.

Apparently, China’s new device can lock onto the exhaust nozzle that allows all satellites to move in outer space. Once it’s done so, it’s capable of creating a “time-controlled, steady explosion.” However, here’s where it gets scary. The weapon reportedly leaves the satellite intact, merely causing an explosion of its insides. As a result, the outlet reports that it would be very easy for someone to look at this internalized explosion that is partially contained and merely think that it was the result of an engine malfunction rather than some kind of nefarious attack. That’s the benefit of using something futuristic rather than one’s standard, high-profile and noisy missiles or lasers.

As Futurism.com notes, it’s not really clear how exactly how China’s big new device makes its way to said satellite, but perhaps some secrets in the spycraft world should remain secrets — and that’s what many believe this is, after all, spycraft. If China has a device that can take out some of the government’s greatest intelligence assets, obviously the U.S. is going to treat it as a threat to its entire intelligence and military. Space News previously reported that the Pentagon has been wise to China’s efforts to get some kind of satellite destroying, Bond villain type, “screw you America” weapon built. Therefore, it’s already taking action.

Still, the outlet reports that China already has several missiles and systems that can take out a U.S. satellite in low-Earth orbit. This comes as the country reportedly publicly denies the idea of militarizing space. However, U.S. officials seem to know that’s bunk and are convinced that every step China takes in the direction of space advancement is really just another arrow in its quiver against America.

As if that’s not enough to keep the average red white and blue-blooded American up at night, Space News notes that satellite jammers, cyber capabilities and directed-energy weapons are all part of China’s capabilities as well.

If this all sounds very gloomy and like it’s putting the world on the precipice of some kind of cataclysmic event, that’s just because it very closely mirrors a lot of the Cold War-era feedback loop that made the entire globe a really paranoid place to live for a while. When one country gets some kind of future-defying technology, one’s home country really ought to follow suit or else its people will start to think they’re doomed, or worse, generally unsafe. That can lead to a whole mess of societal problems, so people of the post-Cold War era have largely learned to ignore anything that feels like it could bring about the apocalypse. This, in many ways, is especially true when it comes to U.S. and China relations. 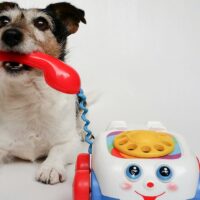 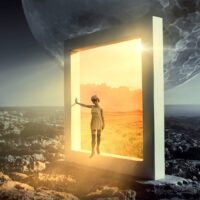 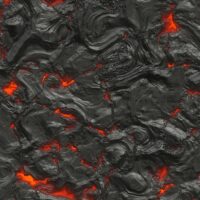