It’s been eight years since fans of Ubisoft’s Tom Clancy’s Splinter Cell series got their hands on the latest Splinter Cell game, the massively-successful Splinter Cell: Blacklist. Unfortunately, those eight years have been filled with fandom’s rumors and speculations on the one hand and complete and utter silence from Ubisoft on the other. Well, step aside Assassin’s Creed, here comes the true master of stealth — Ubisoft has finally confirmed that a Splinter Cell remake is in the works at Ubisoft Toronto, the studio behind Far Cry 6.

After years of speculation and rumor, Ubisoft has finally greenlit the development of a Splinter Cell remake, as reported by GamesRadar+. This will be the first major Splinter Cell release in the series since 2013’s Blacklist, and while it regrettably isn’t a continuation of Sam Fisher’s spy-master adventures, it will certainly satiate the voracious appetite that the series’ fandom has developed over the years. The game’s producer, Matt West, has stated that the game is still in the very earliest stages of development and that it will retain the core elements the franchise is known for, while bringing improved designs and visuals.

Stealth will remain at the franchise’s core, and the game’s developers made clear that they’re maintaining the original game’s linear progression, distancing the next Splinter Cell game from suggestions and speculations of an open-world take on the series. We are talking about a remake of the original 2002 Splinter Cell, which most certainly wasn’t an open-world game. The details surrounding the game are extremely thin, except that it will utilize Ubisoft’s proprietary Snowdrop game engine, created specifically for eighth and ninth generations gaming hardware.

Though Ubisoft hasn’t confirmed which platform the Splinter Cell remake will release on, the use of the Snowdrop engine suggests the PlayStation 5, Xbox Series X/S, and Microsoft Windows PC. Adding PlayStation 4 and Xbox One consoles to the mix sounds like a logical thing to do, considering the ongoing shortage of semiconductor components. However, considering that the remake project is still in its infancy, it might be a full year, or maybe two, until the game is finally complete and hopefully optimized to avoid current issues plaguing the gaming industry. By the time that happens, though, PlayStation 4 and Xbox One consoles would’ve turned nine years old and obsolete by the standards of the gaming elite.

This is a big announcement for the fans of the series, and despite the scarcity of details, an exciting one nonetheless. AAA titles dominate today’s gaming scene, and Splinter Cell, arguably one of the most-prominent gaming titles of the 2000s, alongside the Hitman series, unfortunately, isn’t among them, where it rightfully belongs. Luckily, that’s about to change, and knowing how well the series fared in the past, Ubisoft’s play on gamers’ nostalgia is bound to pay off if the company plays its cards right. Besides, laying all your eggs in one basket isn’t a good business strategy, and Ubisoft needs another profit driver besides Assassin’s Creed — which is getting another expansion, by the way. 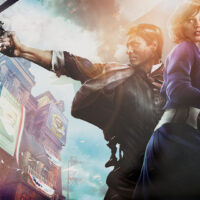