The Age of Reboots carries on with Willow (2022), a sequel series to the 1988 film of the same name, which was directed by Ron Howard from a story by George Lucas. Warwick Davis returns to the fantasy epic as the sorcerer Willow Ufgood, this time much older, to guide a new generation of heroes on a quest to save the world. Warwick Davis spoke to The Hollywood Reporter about his return and revealed that he modeled the older version of his character after Mark Hamill’s performance in Star Wars: The Last Jedi.

Davis explained that Hamill’s take on Luke Skywalker in Rian Johnson’s controversial The Last Jedi surprised him, but in a good way. He admired that Hamill did not try to recapture the youth of Luke Skywalker as fans once knew him, but instead leaned into the character’s age and wisdom, and the trauma that had arisen from a rich and complex life lived between Return of the Jedi and The Last Jedi. For Warwick Davis, adopting Hamill’s approach to The Last Jedi was the key to making Willow’s return decades later feel earned.

While Davis was inspired by Mark Hamill from a performance angle, he had other Star Wars collaborators to thank for the return of Willow. While on the set for Solo: A Star Wars Story, Davis encountered writer Jonathan Kasdan, who was inspired by Willow at a young age and longed to see the story continued. The conversation really gained steam when Ron Howard boarded the project.

The reunion of Davis and Howard, along with the fuel of Kasdan’s fandom, got serious conversations started about how to execute a Willow return. Over a period of development that involved back-and-forth phone calls between the three to pitch ideas, Willow found a home as a series on Disney+. Jonathan Kasdan is credited as the creator of the series, with Ron Howard executive producing, and Warwick Davis returning to channel his inner Last Jedi.

Though Davis had wished to do a Willow sequel for years, he understood the challenge the property faced. Willow had not been a box office hit when it debuted in 1988. The film amassed a passionate cult following, but Davis understood that passionate fans are not always enough if the financials can’t back up the love. The original Willow was not well received by critics, but fans loved it; the return of Warwick Davis in 2022’s Willow has seen an inverse response that, ironically, mimics the response to The Last Jedi back in 2017.

The Willow series has found more success among critics than fans, who seem to be generally let down by the revival. There are a number of factors that could contribute to this impression; the series introduces a host of new characters, while the central relationship between Willow and Madmartigan, played by Top Gun star Val Kilmer in the 1988 film, is missing. The inspiration Warwick Davis took from The Last Jedi, leaning into surprising changes his character has made over time, could be affecting fans’ impressions of the show in the same way fans were polarized in their reactions to Mark Hamill’s return to his iconic character.

Willow is only two episodes in, so there is plenty of time for the series to right the ship. Whether disappointed fans will stick around after a slow start is another matter. Willow represents a trend in media that capitalizes on fan nostalgia. Fans will have to stick it out for a few more episodes before they can determine whether the revival of Willow was worth the wait. 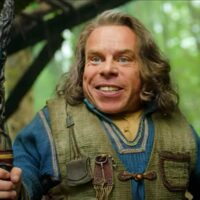