When you’re ready for a scare, Hollywood is here to provide. To help you plan your next date night, we’re tracking all the biggest horror movies headed your way. Some titles will be familiar as reboots and sequels headline the scares while there’s still plenty of new blood being pumped into the pantheon of upcoming horror movies.

These are the biggest upcoming horror movies coming soon to a theater near you.

Kirsten Stewart leads the way in this long-gestating horror movie. Underwater went in front of the cameras back in 2017 but the Fox merger put it on hold. Almost three years later and the film will finally rise from the ocean floor.

The story follows Stewart and her crew of underwater researchers, including T.J. Miller (Deadpool, Deadpool 2), Vincent Cassel (Black Swan, Ocean’s Twelve) and Jessica Henwick (Star Wars: The Force Awakens) as an earthquake traps them deep below the surface. It has also released creatures who are now on the hunt. The trailer looks promising, let’s hope the movie is worth the 3-year wait.

Another upcoming horror movie whose release was delayed, The Turning is based on the 1898 horror novella The Turn of the Screw by author Henry James and see the return to horror by Steven Spielberg as he is the executive producer. Those unfamiliar with James’ novella, this story is about a nanny who has been hired to care for two disturbed orphans whose uncle doesn’t care to raise them. It’s not long after her arrival that she finds the children and the house they live in are not what they seem. Ghosts aplenty.

Mackenzie Davis (Terminator: Dark Fate, Blade Runner 2049) stars as the nanny along with Finn Wolfhard (Stranger Things, It) who seems to be carving out a nice little horror movie niche for himself. Brooklyn Prince (The Florida Project) stars as the other orphan. The creepy trailer looks promising.

This is a strange one. For those not in the know, Fantasy Island was a popular TV series in the ’70s that starred Ricardo Montalbán and Hervé Villechaize (“De plane, de plane!”). They would bring their client’s fantasies to life, some having nightmarish consequences, but never truly turning into horror.

So, when horror movie purveyor Blumhouse announced it was coming out with Fantasy Island, it was met with confusion. Michael Peña takes over Ricardo Montalbán’s role as Mr. Roarke, the owner of the island and will be granting wishes to the guests who arrive full of dreams. The trailer proves this is definitely not like the 70’s version. It’s a Valentine’s Day release so why not go see it with your loved one!

Not long ago Universal created the Dark Universe, their attempt to resurrect their line-up of famous horror movie monsters. Tom Cruise led The Mummy as the first attempt at resurrection. It was the first and last as The Mummy landed with a major thud. It was such a dud that it ended Dark Universe’s run at one. But it didn’t quite stop Universal from recreating its monster as evidenced by Blumhouse Productions’ upcoming release of The Invisible Man.

Director Leigh Whannell (Saw, Insidious)  is in the chair for The Invisible Man and by looks of things, there is a strong horror feel to this moving. First off, the story is about a woman, Elisabeth Moss (Us, The Kitchen) who is trying to rebuild her life after her boyfriend commits suicide. It just so happens, though, that he may not be dead after all. The trailer shows a really nice twist to the familiar story and it will be interesting to see what Universal does with their other cast of classic monsters.

A Quiet Place was a surprise hit in 2018, so much so that it was pretty much a given that a sequel would happen. John Krasinski (The Office, A Quiet Place) is back in the director’s chair as he is hoping to follow-up his big hit with this second one. His wife, Emily Blunt (Mary Poppins Returns, A Quiet Place) also returns as the widowed mother of two who, along with a mysterious stranger, try to survive against creatures who hunt only by sound.

Cillian Murphy (The Dark Knight, Red Eye) and Djimon Honsou (Shazam!, Aquaman) have been brought on to help fight these creatures. Here they are in the first trailer for A Quiet Place II.

Is it really going to happen? Are we actually FINALLY going to see The New Mutants on the silver screen? It looks like a yes from all accounts. The on-again, off-again, on-again project looks to truly be on again and it also seems to have gone back to its original horror movie premise. Rumor has it, the great response from the 2017 trailer is what eventually took it back to its roots also causing some extensive reshoots.

The film, part of the X-Men universe, stars Anya Taylor-Joy (Split, The Witch) as sorceress Magik and Maisie Williams (Mary Shelley, Cyberbully) as shapeshifter Wolfsbane. With all the delays and reshoots, what is seen in the trailer may not be in the final product. Only time will tell.

This original tale comes from producer Guillermo del Toro (The Shape of Water, Pan’s Labyrinth) and is directed by Scott Cooper (Black Mass, Hostiles) telling a story about a boy who is harboring a dangerous and scary secret.

From the looks of the creepy trailer for Antlers, the boy is his monster’s keeper. Keri Russell (Mission Impossible 3, August Rush) and Jesse Plemons (Game Night, The Irishman) headline this movie that begs to answer the question: What the heck is that monster?

A horror time travel movie? Looks like that is exactly what Antebellum is all about. Janelle Monáe (Hidden Figures, Harriet) is a present-day author who somehow finds herself moving back and forth in time, to a period of slavery and civil war. The race is on for Monáe to figure out how to stay in the present or forever be caught in the past. Jena Malone (Stepmom, The Ruins) also stars.

When this movie was announced, its release date was in the Saw franchise’s normal October time period. Since then the new Halloween movie also tabbed an October 2020 release. So movie number nine in the Saw series moved back to its May release.

So far not much is known about this ninth entry in a franchise that has followed serial killer John Kramer, aka Jigsaw, as he delivered his horrific brand of justice. What we do know is that this horror film is no longer in the creative hands of series creators Leigh Whannell and James Wan but has now shifted to none other than comedian Chris Rock (Grown-Ups, Grown-Ups 2).

Not only is Rock executive producing the movie, the story idea came from Rock and he is also starring in it. In another bit of big news surrounding the movie, Samuel L. Jackson (any number of Tarantino or Marvel movies) has also been announced to star in it, possibly as Chris Rock’s father. Needless to say, interest is high for number nine.

If Jordan Peele (Us, Get Out) has his way then the summer of 2020 is going to be the summer of Candyman. Peele is bringing his writing and producing talents to this upcoming horror movie remake.

It now stars Yahya Abdul-Mateen II (Us, Aquaman) in the lead role, taking over for Tony Todd who starred in the original Candyman and its two sequels. The reboot is expected to return to where the film initially began; the housing projects of Chicago.

This horror movie, directed and co-written by James Wan (Aquaman, Saw) and is said to be based on his 2011 graphic novel, Malignant Man, about a man with a cancerous tumor that instead turned out to be a parasite that gave him special powers. Annabelle Wallis (Tag, The Mummy) will star in the movie along with Jake Abel (Supernatural, The Lovely Bones).

While James Wan sadly is not in the director’s chair for this third entry into the Conjuring-sphere, he does return to produce and co-develop the story.

The Conjuring 3 sees the return of Patrick Wilson and Vera Farmiga as Ed and Lorraine Warren who become involved in one of the first cases in U.S. history where a murder suspect used demonic possession as a defense. It was said this demonic possession caused a werewolf-like transformation. Michael Chaves (The Curse of La Llorona) will direct the screenplay written by David Leslie Johnson (The Conjuring 2, Aquaman).

Wait. Not one, but TWO upcoming horror movies about time travel? Admittedly, we are trying to figure out the horror aspect of this Edgar Wright (Shaun of the Dead, Hot Fuzz) straight horror flick.

Last Night in Soho stars Anya Taylor-Joy (Vampire Academy, Glass) as a fashion designer who somehow is able to enter the 1960’s where she has a chance meeting with her idol, a wannabe singer. But London and the 1960s isn’t what it seems to be, and things go from bad to worse in a hurry. Horrifically? We’ll see.

What started as a reboot of the popular Halloween series has now turned into a reboot trilogy. With the 2018 reboot earning over $255 million at the box-office, it was easy to see why a second would be made, but a third?

Any way you slice it, Halloween Kills will once again see Jamie Lee Curtis reprise her role as Laurie Strode as she tries to fight off the never-ending attack from Michael Myers. For those of you who are familiar with John Carpenter’s original Halloween, this sequel is also noteworthy for the return of a few original characters. Tommy Doyle, the young boy Laurie Strode was babysitting is back as is Lindsey Wallace, another young child being babysat in the original. Another character, Lonnie Elam, also returns. Lonnie was one of the bullies who picked on Tommy Doyle at school. Two more original characters are set to return, Nurse Marion Chambers and Sheriff Leigh Brackett. Judy Greer (Arrested Development, Jurassic World) and Andi Matichak (Blue Bloods, Orange is the New Black) co-star as Laurie Strode’s daughter and granddaughter. David Gordon Green is also back in the director’s chair.

The last Jaws movie, titled Jaws: The Revenge, was the fourth in the series and by the time it was released in 1987 the franchise had run out of steam. The original 1975 movie is iconic, though, so even though the idea is kicked around every now and then, no one has really touched the Jaws name since then. That’s about to change.

According to We Got This Covered, Universal Pictures is planning to reboot Jaws. Development is still in the very early stages, but they theorize that whatever they do it’ll end up being more a re-adaptation of the 1974 novel by Peter Benchley, rather than a remake of the 1975 Steven Spielberg movie.

Speaking of Spielberg there’s some hope that he’ll return to produce the remake of his sharktastic horror film, though it’s worth noting that in 2015 he said he’d never direct a Jaws remake. Producing it isn’t directing, so maybe that’s his loophole. Spielberg currently has a producer title on no fewer than twenty upcoming movies and television series. Add another on to his schedule and he probably wouldn’t even notice. 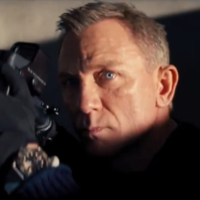 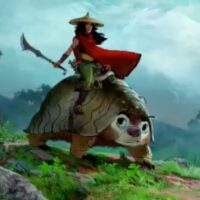 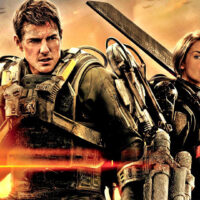