Tom Hanks and Robert Zemeckis have reunited for the live-action version of Pinocchio and now we have been given the best look at Hanks portrying Geppetto.

Everyone has been patiently waiting to see a glimpse of the new live-action reboot of Pinocchio. More importantly, people have been wanting to see Tom Hanks as Geppetto. Well, that wish has been granted, as the first teaser trailer for the film has dropped online. Although this is only meant to be the teaser trailer for the new film, it surprisingly shows a lot of detail for the upcoming rehashing of the Disney classic film. You can see the new teaser trailer below:

Apart from Tom Hanks being shown with the iconic white hair and mustache that Geppetto had in the original animated film, we also hear him speaking the classic nursery rhyme “Star Light, Star Bright.” There are only some quick shots of the man in his full Geppetto get up, but he looks fantastic. The rest of the trailer shows quick shots of Jiminy Cricket who is voiced by Joseph Gordon-Levitt and the Blue Fairy who is played by Cynthia Erivo. It appears as if we are going to get some harrowing moments with Jiminy, as he seems to be chased by a seagull trying to eat him. We also get a quick shot of the Blue Fairy doing her magic on the Pinocchio doll before he presumably comes to life. The rest of the characters in the film are shown only briefly.

Pinocchio is another Disney film that has received the live-action treatment alongside The Jungle Book, Dumbo, Aladdin, The Lion King, and the upcoming new version of Snow White. Most of the new reboots of these films have gone over well with audiences. Aladdin made over $1 billion in worldwide box office numbers. The Lion King made $1.6 million; The Jungle Book made over $960 million. Basically, everyone wants to see how these films are taking their approach away from animation, and they have all been a success. Adding Tom Hanks as Geppetto is certainly going to help his new film, as the man is one of the most celebrated actors of our generation.

Pinocchio is set to debut on Disney+ on September 8th of this year. This is certainly a huge release that is going straight to the streaming platform. Tom Hanks will be joined by Joseph Gordon-Levitt, Lorraine Bracco, Luke Evans, Keegan-Michael Key, and Benjamin Evan Ainsworth as Pinocchio. The film is being directed by Robert Zemeckis, who is very familiar with Hanks. The pair have worked together on the Oscar-winning film, Forrest Gump and the Oscar-nominated film, Cast Away. There are certainly a great number of high-profile actors attached to this new reboot.

Pinocchio was first released in 1940 and has not seen a reboot or remake since then. This live-action adaptation has been talked about since 2015, with Sam Mendes and Peter King both being attached to the film as the director. They obviously stepped down leaving the door open for Robert Zemeckis to step in. Now, after what seemed to be like a film that couldn’t be made, we have finally seen the first look. We can’t wait to see Tom Hanks and Zemeckis reunite for this one. 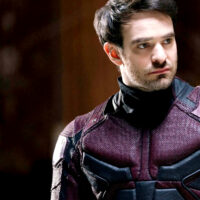 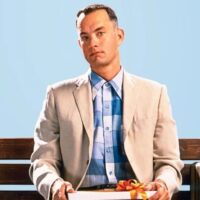 See The Best Look At Hocus Pocus 2 In New Video