No one makes only good movies, not even Tom Hanks. In spite of an impressive six Oscar nominations — five for Best Leading Actor and one for Best Supporting — including two wins, the same man who brought us the leads of Forrest Gump and Saving Private Ryan has weathered his share of flops. Hanks recently admitted that he regrets saying yes to what the actor says is his worst movie — Brian De Palma’s 1990 black comedy The Bonfire of the Vanities.

According to Cinema Blend, Tom Hanks thinks he wasn’t the right choice for the role of Sherman McCoy — the film’s lead, and a powerful Wall Street mover and shaker who is accused of killing a teenager in a hit-and-run. The Bonfire of the Vanities is based on the 1987 Tom Wolfe novel of the same name, and in the book McCoy is one of the most unlikable characters you run into. As Cinema Blend points out, Hanks’ likability is one of his signature qualities, and this was even more true in 1990, when almost all of the actor’s popular roles were for comedies like Big and Splash.

Tom Hanks thinks he was just one of many miscast actors to appear in The Bonfire of the Vanities. “Everyone was miscast, me particularly,” Hanks said. He also said that director Brian De Palma “deals with iconography more than filmmaking.” Some might disagree. In a look back at the film from April, The Guardian said that Tom Hanks wasn’t cast as McCoy in spite of the actor’s likability, but because of it. Precisely because the source material lacked a sympathetic protagonist, De Palma tried (and clearly failed) to turn McCoy into one by casting the star of Turner & Hooch.

Still, the actor argues this is at the core of what was wrong with The Bonfire of the Vanities. Tom Hanks says that in trying to change the novel’s story in order to make it “a palatable movie,” De Palma’s film adaptation altered “the thrust” of what Wolfe’s novel was talking about, and that’s where it went wrong. Critics seemed to agree, evidenced by the Rotten Tomatoes score of 16% — the lowest score earned by any of the films in which Hanks has starred.

In the film, Tom Hanks’ character Sherman McCoy is wrongly accused of killing a Black teenager with his car and fleeing the scene. The real killer is his greedy lover Maria, played by Melanie Griffith, who runs over the teen while driving McCoy’s car in reverse. McCoy’s involvement is discovered by the hard-drinking reporter Peter Fallow (Bruce Willis), and District Attorney Weiss (F. Murray Abraham) — hungry for a white defendant to convict so he can prove his impartiality to his constituents of color — goes after McCoy with a vengeance.

The issues of race in the film caused a lot of controversy upon release, including plenty of accusations of racism. According to some critics, a lot this has to do with the oversimplification of the source material that Tom Hanks mentions. For example in their review, Time Out says that while Wolfe’s novel delivers some criticism to an “ethnic pressure-cooker society” that his commentary is “even handed.” But because of the many changes made to the adaptation, the balance is lost.

Thankfully, Tom Hanks’ latest film — while not counted among one of his best — is getting a much easier time from critics. The Apple TV+ post-apocalyptic drama Finch is getting mostly positive reviews. He also recently made a brief appearance in the premiere of the prequel series 1883, as the Civil War era Union General George Meade. 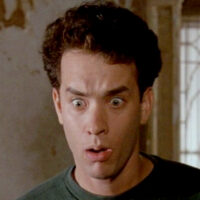 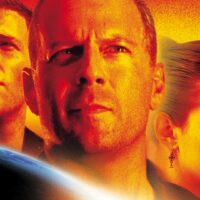 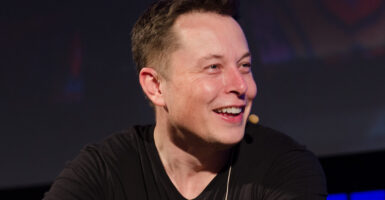 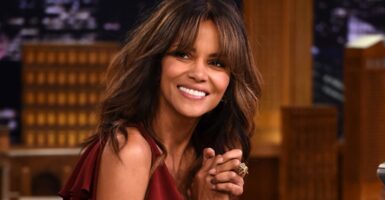