We are already getting one look at the formative years that led to the iconic series, The Sopranos, with The Many Saints of Newark. Now, the mastermind behind the HBO series who co-wrote the script for the upcoming prequel has in mind that more installments can arrive to further explore this crime family.

David Chase (The Sopranos) talked to Deadline about the original series, the upcoming movie, the industry, and so much more. One of the most interesting details was about how this world and its characters can be further explored. Initially, when the studio approached him doing more after this, he thought that they should “dream on.” So, initially, the idea of expanding outside of this prequel would have been swiped aside, then things changed.

The Sopranos movie is almost ready for audiences, and the studio has been able to watch the whole thing instead of talking doing more before anyone got to watch the final product. His only condition is that his collaborator, who executive produced and wrote the original series with him, Terence Winter (The Wolf of Wall Street), could rejoin him. If that were to happen, then we could get a sequel to The Many Saints of Newark that could give us more details on these people’s lives before the events of the show.

In the interview, the filmmaker and producer tossed out fun ideas to do for another movie that leads into The Sopranos. One idea tossed was seeing Tony in his 20s, at a time in the series he reflected as a great time for the business and what happened during this time in the crime boss’ life. Another idea mentioned was seeing them in New Jersey during those formative years. The steps that led to their power that was seen on the HBO series.

The Sopranos broke ground back in the day. Running 1999 to 2007 for six seasons, it put HBO on the map for high-end shows that rivals any other platform or network on original programming. Oz, Deadwood, and Six Feet Under rose its status in premium television. Later down the road, we got hits like Game of Thrones, Westworld, Lovecraft Country, and so much more across drama, sci-fi, comedy, and just about anything you can imagine.

The Many Saints of Newark will give fans the first dose of The Sopranos since its controversial finale in 2007, with heavy hitters putting it all together. It is directed by Alan Taylor (Game of Thrones) and written by David Chase and Lawrence Konner (Roots). The cast is quite stacked as they play characters from the original series. The lineup consists of Jon Bernthal (Those Who Wish Me Dead), Vera Farmiga (The Conjuring: The Devil Made Me Do It), Billy Magnussen (Aladdin), and Michael Gandolfini (Cherry). Richard Brener, Michael Disco, Toby Emmerich, and Marcus Viscidi will executive produce. Chase, Konner, and Nicole Lambert will produce.

You can get your dose of The Sopranos with its prequel on October 1. It will be released in theaters and on HBO Max on the same day. The movie will be available on the streaming service for 31 days. 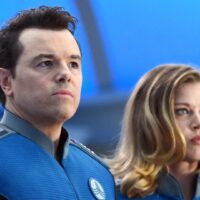