To say that Harrison Ford is one of our greatest living movie stars somehow feels like an understatement. After all, the man is Han Solo, reluctant Rebel general. The man is Rick Deckard, reluctant Blade Runner. The man is Dr. Henry “Indiana” Jones, reluctant bull-whip wielding, two-fisted professor of archaeology/grave-robber. It feels like an injustice to just say he is one of the greatest “living” stars, when he has made more of an impact on pop culture than dozens of dead ones. But strangely, the single best Harrison Ford movie is not one of his most iconic roles, or even one that influenced the direction of cinema in that way the others did. His best movie, on paper, is a fairly generic 1990s thriller, the kind of movie that has fallen out of production in favor of superhero movies and streaming prestige limited series. And that movie is, of course, 1993’s The Fugitive.

Simply put, The Fugitive is Harrison Ford at the full power of his Harrison Fordness. That is particularly interesting, given that the role of the titular fugitive, Dr. Richard Kimble was by no means written for him. The movie was based on the 1960s television series of the same name, which is well-regarded if not particularly well-remembered except for being source material. The show ran for four seasons of hour-long episodes, starring David Janssen and Barry Morse, but ultimately has little to do with the 1993 film except for the barebones premise. And even after the film revival was being cast, Ford was not the first thought. Nick Nolte, high off being named People’s Sexiest Man Alive in 1992, passed on the role. So did  Alec Baldwin (who Ford had taken over the role of Tom Clancy’s Jack Ryan from only a few years before), Kevin Costner, and Michael Douglas. But none of these actors would have been right. Even then, Nolte would have been too immediately intense and angry. Baldwin was too ridiculously gorgeous and urbane. Douglas would have read as too insincere after years of playing sleazebags in Fatal Attraction and Basic Instinct; you would believe that guy did kill his wife. Costner wouldn’t have been able to wear a cowboy hat.

Harrison Ford was able to make the part of Dr. Richard Kimble work, because as one of the most successful and iconic movie stars of his (or any) generation, he could somehow play him as a genuinely good everyman in over his head. Even though Kimble is supposed to be a world-class surgeon (and introduced wearing a tuxedo), there is something positively down to earth about him. It’s the same thing that allows you to believe that slick Han Solo can stumble over his words trying to fool stormtroopers. The same thing that makes Indiana Jones sometimes seem like a befuddled clown. When Dr. Richard Kimble gets punched, you believe he’s in pain. When he leaps off a dam into hundreds of feet of raging water, the terror on his face is visceral. He isn’t an action hero like Dwayne Johnson or Ryan Reynolds, he’s just a guy. Perhaps better than anyone else, Ford can play a role with both macho capability and vulnerability.

And then, of course, there is the plot. Dr. Richard Kimble (Harrison Ford), Chicago heart surgeon, is away from his apartment when his wife is brutally murdered. He nearly catches the killer in the act, and can only identify him as a “one-armed man.” He is convicted of murder (based on the murky answering machine recording of a woman who has just been fatally dealt a head wound), and escapes on the way to prison via a still-thrilling and very real train collision. Then we are introduced to the second great part of the film: Deputy U.S. Marshal Sam Gerard. As played by Tommy Lee Jones (also at the height of his powers), Gerard is somehow both taciturn and motormouthed. He and his team of Marshals (played by ringers like Joe Pantaliano and Sela Ward) are off after Kimble, and so we follow Kimble as he hunts down the one-armed man, and Gerard as he hunts down Kimble.

The double-chase structure of The Fugitive is subtly done, to the point where it would be easy to miss that you are essentially watching two movies at once. They intersect, like Harrison Ford barely escaping from Chicago City Hall, when the Marshals didn’t even really think they would find him there. But often, they run parallel to each other, two investigations happening just out of eyeshot from each other. And there is another reason why it is easy to miss this double-act of a movie: it’s incredibly fun.

Yes, even though it’s a movie about the brutal murder of a woman and her husband’s quest for answers, The Fugitive is tremendous fun. It’s also tremendously funny, which balances out the hair-raising suspense. The continual banter of the Marshals, which sounds more like bickering siblings than hardnosed law enforcement is balanced by the brutal grit of Tommy Lee Jones confronting Harrison Ford in a spillover tunnel above a dam. The moment when Ford thinks he’s about to be arrested in his Chicago hideout, only to find his landlady’s slob of a son is being arrested for dealing drugs is balanced a few moments later by that slob chowing down on a sandwich while being questioned by police. It’s a fine balancing act, and The Fugitive does it better than anything else.

The Fugitive was yet another hit movie for Harrison Ford, who was on a miracle run through the 1980s and 1990s that included Witness, The Mosquito Coast, Regarding Henry, two different Tom Clancy movies, and yeah, Star Wars and Indiana Jones. It was also critically beloved, still standing at 96% on Rotten Tomatoes. But even as a megastar, he put his back into the film, tearing a ligament while filming and then working through it for the production, Tom Cruise-style. While there have been reports of a planned remake starring Mahershala Ali and Cate Blanchett, it feels unlikely they will be able to capture the same magic. The Fugitive is a film so much of its time and genre and reliant on the peculiar ability of its star to sell his weaknesses as much as his determination. And honestly, it’s just a lot of fun. 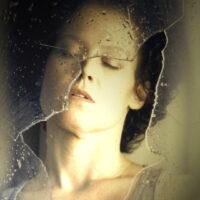