First Hollywood remade the Paul Verhoeven classic sci-fi movie Total Recall and then RoboCop. Neither of those remakes worked. So you’d think that would be their cue to stop trying to outdo Paul Verhoeven. But of course they aren’t and now we’re hearing Sony may reboot Starship Troopers. Why can’t Hollywood leave Paul Verhoeven alone?

It’s early days on this new version of Starship Troopers but word is that they’re considering Top Gun: Maverick and Tron: Legacy director Joseph Kosinski to helm the a Starship Troopers reboot. It’s not clear whether this will be a redo of the now cult-classic 90s movie or a re-adaptation of the classic Robert A. Heinlein novel.

What is clear is that Sony Pictures is eager to develop a new franchise for them to cash-in on and they see properties like Starship Troopers as the best way to do it. Curently the studio’s only continuing franchises are James Bond, Jumanji, and the Spider-Man movies which they have to share with Disney. It’s unlikely they’ll get more than one additional movie out of Jumanji. They need something else going before that franchise wears out its welcome. A Starship Troopers reboot may be that something.

Sony may be happy to cash in with a Starship Troopers reboot but one person who isn’t happy about all these Paul Verhoeven movie remakes is… Paul Verhoeven. A few years ago he told the Huffington Post:

“It’s to make money. It’s like washing fluids: You add some mini changes, give it another color and you sell it again. You know, it’s the same. That’s what it is. It’s like cookies: You change the form and the box and put more modern colors around it and say, ‘We have new cookies.’”

Original Starship Troopers Star Has An Idea For The Reboot

Starship Troopers star Casper Van Dien has actually spoken about his thoughts regarding the reboot of the property. And as far as he’s concerned, a movie isn’t the right way to go. In fact, he thinks the series should become a show. After meeting with fans of the movie like Quentin Tarantino and Edgar Wright, the former Johnny Rico feels that would be the best route to take. “I think that all those directors, it would be fun, to have them come in and do an episode or two or three, or an arc, or something like that,” he said. Will the reboot become a streaming series? Or will it stick to the feature film route?

There was a previous attempt to reboot Starship Troopers way back in 2013. Back then writer Zack Stentz was hired to pen the script. At the time Stentz said his remake would be closer to the Robert A. Heinlein’s original novel than Paul Verhoeven’s film. Verhoeven’s Starship Troopers film took a satirical approach to source material, but Stentz says he’d planned a more faithful adaptation this time around.

It’s not clear if that Zack Stentz reboot script has now been totally abandoned or whether it might figure into this new push to bring back Starship Troopers. Stentz has now faded into relative obscurity after writing a few hits like X-Men: First Class. However, given that this was the direction Hollywood was going with their Starship Troopers reboot back then, it’s probably safe to assume this new Starship Troopers will also hew closer to the novels and less to Verhoeven’s movie.

Starship Troopers was originally a military science fiction novel written in 1959 by legendary sci-fi author Robert A. Heinlein. It follows a young soldier named John “Johnny” Rico (Casper Van Dien in the Verhoeven film) and his exploits in the Mobile Infantry, a futuristic military unit. Rico’s military career progresses from recruit to non-commissioned officer and finally to officer during an interstellar war between mankind and the “Arachnids,” or “Bugs,” an insectoid alien species. 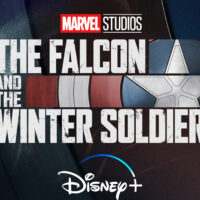 The Falcon and the Winter Soldier: See The Longer Trailer 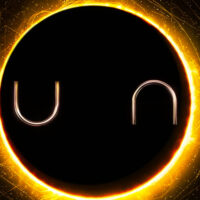 Dune: All About The New Frank Herbert Adaptation