Did DC manage to quietly fire Michelle Borth from Shazam Fury of the Gods? And were they hoping no one would ask why? While they still haven’t explained, Twitter has a strong theory that this decision has come down to cancel culture. While the actress has an Instagram account that’s full of #BlackLivesMatter posts, posts celebrating Pride month, and supporting people who wear masks, she also made a post on January 6th that mourned the death of Ashli Babbit, an air Air Force veteran who was shot by police during the Capitol Riot. But was cancel culture at play? Let’s look at what we know.

How did this cancel culture theory start? Well, the director of Shazam! 2, David F. Sandberg, posted a photo of his adult cast in their costumes for the sequel. Michelle Borth played the character in the first movie but appeared to be replaced by Grace Fulton in the photo.

His comments were flooded with questions as soon as fans saw Grace Fulton and no sign of Michelle Borth for Shazam. The director later updated his Twitter confirming that she is not in the movie, but without explaining why.

Were there scheduling conflicts? Was Michelle Borth just not interested? Did they offer Grace Fulton the opportunity to play both the older and younger versions because it was more budget-friendly? Because it offered a more cohesive look for the character and Fulton could pull it off? Or, as some have come to suspect, is this Shazam 2 replacement down to cancel culture politics?

So then, Brian Richards posited his own theory on Twitter, and without any other explanation available for where Michelle Borth is and why she isn’t in Shazam, his cancel culture speculation seemed very likely. He said:

Now, Twitter is discussing multiple elements to do this. Should Michelle Borth have been canceled for this post? Was this post appropriate or not? In January, companies wanted to distance themselves from anything that could have seemed like they were supporting the riots. Did the studio make a quick decision at that time about the future of Shazam and not want to draw any attention to it so they could avoid the controversy? If there was a less controversial reason for this decision, why haven’t they told the fans what that is? Is this cancel culture in action, happening before angry fans even show up? Here’s a look at the mixed reactions on social media to the casting news and theories about why.

While it’s unclear at this time whether cancel culture was at play in the decision to remove Michelle Borth from the Shazam franchise, their lack of public acknowledgment of the decision seems highly suspect. At this point, it will be surprising if they tell us anything, especially anything fans are likely to believe. Michelle Borth will no longer be in Shazam Fury of the Gods. What fans make of that is apparently very mixed, and the more that comes out and is suspected, the more confused fans seem to be. We’ll have to see how fans continue to react as more is revealed before the release date, which isn’t until June 2, 2023.

Shazam! Fury Of The Gods Bringing Back A Major Character 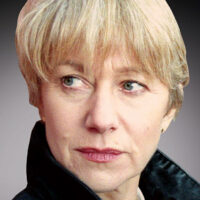