For those Marvel fans that haven’t seen Doctor Strange in the Multiverse of Madness, look away now, in this universe, there are spoilers. The latest MCU movie is full of madness and multiversal antics, as teased in the title. As a result, screenwriter Michael Waldron told Indiewire this enabled him to take scenes to such extremes that even the film’s director Sam Raimi, a veteran of horror films, was shocked at the horrific elements that Waldron had dropped into the story. Especially those that resulted in the deaths of massive cameo characters.

It would appear the horror-infused nature of Raimi’s back catalog, coupled with the potential for multiverse madness, inspired Doctor Strange in the Multiverse of Madness screenwriter Michael Waldron, as he told Indiewire in the aforementioned interview: “I wrote gruesome deaths because Sam Raimi was directing and I shocked Sam. “Sam was like, ‘Can we do this?,’ and I was like, ‘You can. Because it’s you, I think we can.’ I felt a lot of freedom to go crazy in this movie because it was Sam, and because I know what he’s so great at and he would do it so well. I just gave him the building blocks and some of the specifics of how that stuff goes down, [but it] was straight out of his twisted mind.”

The deaths Waldron speaks of began in the second act of the movie when Benedict Cumberbatch’s Stephen Strange has fled to an alternate reality with his new multiverse hopping ally America Chavez (Xochitl Gomez) and the pair stumble across a society of heroes called The Illuminati. This small band of heroes included many fun surprises for the audience, led by an alternate reality version of Patrick Stewart’s Professor Charles Xavier (already hinted at in trailers) and featuring Hayley Atwell’s Captain Carter, a variant of Chiwetel Ejiofor’s Baron Mordo, a Lashana Lynch variant of Captain Marvel, the return of Inhumans’ Black Bolt portrayed by Anson Mount and that call to all fan casting prayers, John Krasinski as Reed Richards aka Mr. Fantastic. The Illuminati are then systematically murdered in brutal fashion by the hellbent Scarlet Witch (Elizabeth Olsen) who has turned to a life of villainy following the events of WandaVision. Sam Raimi might have been shocked by the gruesome deaths written by Michael Waldron, but he certainly had no qualms in delivering them to cinemagoers. Reed Richards is torn to shreds, Captain Marvel gets crushed, Black Bolt practically explodes, Captain Carter is cut in half by her own shield, and Xavier’s neck is snapped. Gruesome might just be an understatement, as they are all shocking.

Sam Raimi is of course wildly famous in the film business, he helped bring superheroes to the masses with his trilogy of Spider-Man films starring Tobey Maguire and has now come full circle with his directing of the latest MCU movie, Doctor Strange in the Multiverse of Madness. However, along the journey that is Raimi’s filmmaking career, cinemagoers will notice he has a particular fondness for the horror genre. Films such as Drag Me to Hell and Evil Dead are a hallmark of Sam Raimi’s career just as much as Spider-Man.

Sam Raimi’s announcement as the director for Dr. Stephen Strange’s latest solo outing did indeed promise horror in the MCU and from not only Michael Waldron’s words, but the final product of the film, that horror in the MCU was delivered. In Marvel’s fourth phase of their intertwining movies and television series, Kevin Feige and company have been pushing the boundaries of shock and surprise, so it is no wonder that Doctor Strange in the Multiverse of Madness delivered some of the biggest surprises and most arrestingly violent scenes of the MCU’s Phase Four to date. 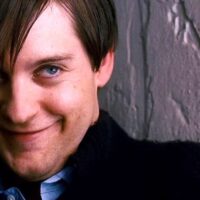 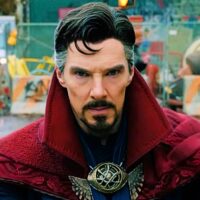