Russell Crowe has dealt with all manner of stressful situations in his time on screen. He’s handled government and corporate cover-ups, CIA investigations, Western gunslingers, boxing matches, high seas cat and mouse, and even a life and death run-in with an Emperor. It’s been a robust career. But in a recent movie, he might have handled the highest-stakes mission of his acting career: breaking his wife out of prison. Now that film is the most popular movie across all streaming platforms. The Next Three Days is just crushing it on Netflix right now.

According to the latest Nielsen ratings, Russell Crowe and The Next Three Days scored in the top 10 of all programs over the course of the week and was the only movie to hit that group. Apparently, it was viewed for a total of 646 million minutes across all platforms, a crazy amount for a flick. It was aided greatly as one of Netflix’s Top 10 banner suggestions running across the platform.

The Next Three Days is a pretty simple story all things told, but done in a high-octane and suspenseful fashion that will have you on the edge of your seat throughout. Russell Crowe plays John Brennan, a pretty mild-mannered dude by all accounts enjoying the suburban life with his wife Lara (Elizabeth Banks) and their young son. It’s all upended in an instant though when Lara is accused of murdering her boss in cold blood.

This sets about a course of events that will have Russell Crowe pulling out all the stops to make sure she doesn’t spend the rest of her life in prison. Using another guy with a particular set of skills, Liam Neeson as Damon Pennington, Crowe devises and hatches a plan to break Banks out of prison and head for life on the lam. He comes at this plan like your average prison break noob and we get to see the process unfold of how one would actually go about breaking someone out of the clink. Here, check out the trailer for The Next Three Days:

Paul Haggis handled the direction and script for The Next Three Days after having pulled double-duty on other movies like In the Valley of Elah and the Academy Award-winning Crash. From a directorial perspective, this was his first high-octane action movie and also the first time he and Russell Crowe worked together on a film.

When it was originally released, The Next Three Days only finished with middling critical scores, hitting 51% on Rotten Tomatoes and 52 on Metacritic. Critics tended to praise the work of Russell Crowe who was in full control of the situation on screen. Considering he’s coming about the jailbreak scenario in much the same way any average dude would, he had to play a guy who is pulled more and more down the rabbit hole of violence and subterfuge. Where they thought it lacked was the script was just a bit too outlandish.

The Next Three Days fared fine enough at the box office without blowing the doors off of things. On its $30 million budget, it earned $67 million at the door. Far from a Russell Crowe blockbuster, but it did find a way to double its money. Will it go down as an all-time great film for the actor? Of course not, but there’s a special streaming place for these kinds of films.

What makes The Next Three Days such a fantastic streaming option is that the action is continuous and high intensity. After the initial surprise of the situation and Russell Crowe slowly realizing he’s going to need to turn criminal to break his wife out, the situation really ramps up. It’s then just a tour-de-force of escape movie goodness.

Next up for Russell Crowe are a couple of movies he has in the pipeline. First, he’ll star in the now-completed The Georgetown Project alongside Adam Goldberg. It’s the story of an actor who begins to unravel while shooting a horror film. And then it will be American Son with Stephan James in a remake of the French film, The Prophet. In the meantime, go check out his action movie The Next Three Days along with seemingly everyone else on Netflix. 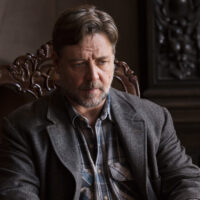