Marvel will introduce one of its darkest heroes next year in the Disney Plus series of the same name as the character, Moon Knight. The character will be played by Oscar Isaac (Star Wars), and there is not a whole lot more we know to expect. A rumor is being reported from The Ronin that Emily VanCamp (The Falcon and the Winter Soldier) will make an appearance as her character Sharon Carter.

It is said that the show led by Oscar Isaac will feature Sharon Carter as a pinnacle role or pull a Falcon and the Winter Soldier with a brief cameo like the series did with Don Cheadle (Avengers: Infinity War, Endgame). The rumor may be possible as Marc Spector, who becomes the show’s titled hero, has a history of being in the C.I.A. and other agencies, so he could know Sharon. The Marvel Cinematic Universe does love its crossovers with characters making major and minor appearances, so anything is possible.

The report also states that Oscar Isaac will be joined by French actor Loic Mabanza (The Kitchen). It is not said what capacity he would be in the series or who he plays.

Supposedly Oscar Isaac will have his hands full as the hero as the show might have multiple villains. Gaspard Ulliel (Hannibal Rising) will play antagonist Anton Mogart/Midnight Man, and Ethan Hawke (Training Day) is set to star in a currently unknown role, but the speculation is that he will also be a villain. Joining the ensemble cast will be May Calamawy (Ramy). Similar to Hawke, we don’t know who the actress is playing.

Moon Knight will have Jeremy Slater (The Umbrella Academy) as the showrunner. Justin Benson (V/H/S Viral), Mohamed Diab (Clash), and Aaron Moorhead (V/H/S Viral) will direct the Oscar Isaac series. Benson and Moorhead have also collaborated with each other on The Endless, Spring, Synchronic, and Resolution.

The character that will be portrayed by Oscar Isaac is a marine turned C.I.A. agent who eventually gains superpowers from Egyptian moon god Khonshu. He is a troubled hero who struggles with a disassociative identity disorder. Oscar Isaac and the rest of the cast and crew are currently filming Moon Knight. It is aiming for a 2022 release for Disney Plus. Joining it next year on the streaming service will be She-Hulk, The Guardians of the Galaxy Holiday Special, and Secret Invasion. On the movie front, the Marvel Cinematic Universe will be hitting the theaters with Doctor Strange in the Multiverse of Madness, Thor: Love and Thunder, Black Panther: Wakanda Forever, and The Marvels.

Earlier this year, a video was posted showing Oscar Isaac training for the role. It is a must-watch to see the actor getting ready to kick serious ass in the upcoming Disney Plus series.

The career of Oscar Isaac bloomed with the Star Wars sequel trilogy as pilot Poe Dameron. He has also starred in Ex Machina and Annihilation from director Alex Garland, X-Men: Apocalypse, and Drive. For the rest of the year, he will appear in The Card Counter in September, Dune, and The Addams Family 2 this October. For next year, he will star in Big Gold Brick, Metal Gear Solid, Armageddon Time, and Francis and the Godfather. 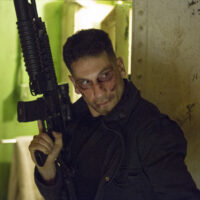 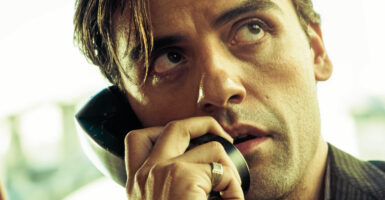 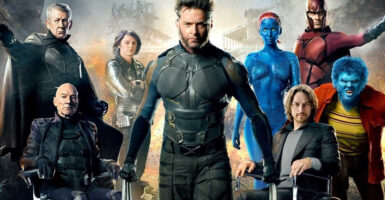