One Of The Biggest Movie Theater Chains Is In Trouble

The pandemic forced a ton of businesses to shut down, and heavily affected the moviegoer market. Now, one of the biggest movie theater chains is in huge trouble.

You’d be forgiven for thinking the resurgence of blockbusters post-pandemic means that all cinema chains have come away from covid scot-free. However, despite massive films such as Spider-Man: No Way Home, The Batman, and Top Gun: Maverick filling up cinemas, one of the biggest theatre chains are in trouble. Deadline writes that the world’s second biggest cinema chain Cineworld, owner of Regal Cinemas is filing for bankruptcy.

Deadline obtained a report from The Wall Street Journal confirming the Cineworld/Regal bankruptcy, with the London-based company said to have engaged in discussions with law firm Kirkland & Ellis LLP and consultants AlixPartners to discuss how best to proceed. Given that moviegoers appear to be returning to cinemas in good numbers, thanks to the return of franchise blockbusters to the silver screen, the news that a chain as large as Cineworld is in such a dire situation shows that the world of moviegoing is still on the road to recovery.

The plan for Regal owner Cineworld to file for bankruptcy comes off the back of admission rates not being as high as the company was expecting after reopening last Spring. “Despite a gradual recovery of demand since re-opening in April 2021, recent admission levels have been below expectations,” the company said. “These lower levels of admissions are due to a limited film slate that is anticipated to continue until November 2022 and are expected to negatively impact trading and the Group’s liquidity position in the near term.” In short, despite massive hits like Top Gun: Maverick and Doctor Strange in the Multiverse of Madness, showing the aforementioned signs of a blockbuster resurgence, there still aren’t enough tentpole movies drawing audiences in. Those films show that audiences’ appetite for cinema is still strong, there just isn’t enough content for them to consume in theatres, in part due to the delayed filming caused by the covid pandemic. Meanwhile, streaming services, although not without their own problems such as Netflix’s drop in subscriber numbers, continue to release a consistent slate of content.

Cineworld has a colossal 751 cinemas across 10 countries including Regal Cinemas. Regal operates across 42 US states along with American Samoa, the District of Columbia, Guam and Saipan and the Cineworld subsidiary boasts over 6000 screens across 505 theatres, contributing massively to Cineworld’s global operation. The Hollywood Reporter notes that the Cineworld Group’s net debt stood at an alarming $5 billion as of last July and the bankruptcy filing for Regal owner Cineworld shows the chain has yet to fully recover. The most distressing consequence of this action will be the threat it brings to the livelihoods of the countless employees that help operate the theater chain’s sites around the globe.

Off the back of the distressing news that Regal owners Cineworld are filing for bankruptcy, CNBC reports that the company’s share price has dropped 60%. The fallout from this news and how it will affect rival chains remains to be seen and hopefully, rival cinemas will survive the rest of 2022’s lean release schedule to prosper from fuller schedules in 2023 and beyond. After all, as much as streaming has taken a massive place in the movie landscape, cinemas are still the backbone of the movie industry. Theaters support an immeasurable amount of employees in not only theater chains, but also in film studios. Without theaters, film companies would go under too. Hopefully, something can be worked out to save Regal. 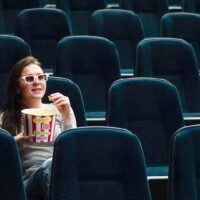 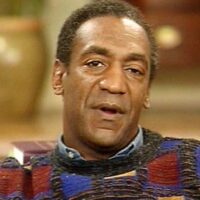