After years of delays due to the pandemic, The Sandman finally has a premiere date on Netflix! Based on the widely acclaimed DC comic book (or “graphic novel” for you sophisticates) series by Neil Gaiman, The Sandman will finally make its premiere on August 5, 2022 on the streaming service. Netflix posted a date announcement video on social media, which is basically a trailer, featuring some of the outstanding visuals that we’ll see in The Sandman series, as well as a better look at the cast and plot.

The Sandman series tells the story of Morpheus (also known as Dream, The Sandman, and The Master of Dreams, played by Tom Sturridge), who escapes his imprisonment after 100 years. He then sets out to correct things gone awry in his absence, both in our modern world and the realm of the Dreaming, reclaiming his power over dreams, fears, and fantasies. The Sandman also stars Jenna Coleman (as Johanna Constantine), Kirby Baptiste-Howell (as Death), Vivienne Acheampong (playing Lucienne), Mason Alexander Park (as Desire), Donna Preston (playing Despair), with Boyd Holbrook as The Corinthian and Gwendoline Christie (Game of Thrones, Star Wars: The Force Awakens) as Lucifer Morningstar.

The announcement of a release date for The Sandman series was the highlight of day one of Netflix Geeked Week, which showcases all of the upcoming genre projects coming from the service. Day one focuses on Netflix genre series like The Umbrella Academy and Resident Evil, but The Sandman is perhaps the most anticipated project of all. The Sandman is developed and executive produced by Neil Gaiman, Allan Heinberg (who serves as showrunner), and David S. Goyer. Twelve episodes are slated for season one, but The Sandman comic books tell an epic tale with many interesting characters, so there is a lot of potential for future seasons.

Some fans on social media noted that some shots looks like they were taken straight from the comic, a nice nod to the series and an indication that Netflix intends on staying faithful to the source material. DC fans had hoped that the series would tie in to the DC Extended Universe (DCEU) of movies and tv shows, but Gaiman shot those hopes down last October. He stated that the Netflix series would tell a story “with the economy of not needing to exist in a shared universe.” Although many of DC’s biggest characters have appeared in the Sandman comics, they won’t need to appear here to tell the story. This “first look” video of The Sandman series, featuring Charles Dance as Roderick Burgess, was released last fall.

DC fans have been asking for a Sandman series or movie for years, and even getting the Netflix adaptation to screen has seen an extended journey. The Sandman was initially conceived as a live-action film, with Goyer directing. Eventually, it shifted to becoming a live-action series for Netflix, with production beginning back in June of 2019. The pandemic set production back, but with the first season in the can, and the possibility of even more seasons to come, The Sandman could become one of Netflix’s marquee shows for years to come. 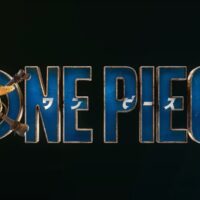