Star Of Moonlight Cast In Biopic About A Controversial Political Leader

Actor Andre Holland is officially in talks to star as the Black Panther leader Huey P. Newton in an upcoming limited series for Apple titled The Big Cigar. Huey P. Newton is known for his role as a revolutionary and for co-founding the Black Panthers. He is also known for evading the FBI and escaping to Cuba while the FBI was on a manhunt for him. The series is going to follow this story.

Andre Holland has had notable appearances in a variety of TV series but is perhaps most known for his brief, but memorable role in 2016’s Moonlight. Holland played the grown version of Kevin, who was the childhood love interest of the protagonist Chiron (Trevante Rhodes). His performance comes at the end of the movie when he shares vulnerable and thematic moments with the main character that truly brings the movie to a beautiful and emotional close. His magnetism in his performances will surely help when he plays the dynamic Huey P. Newton.

Andre Holland is the only known cast member at the time, but undoubtedly more casting news will come out soon. The real-life Hollywood producer Bert Schneider played a significant role in helping Newton escape to Cuba, so this will be another big casting announcement once that is figured out. The series story is largely based on a Playboy article written by Joshuah Bearman, who will serve as an executive producer on the series. Jim Hecht (Winning Time) will also be exec producing and writing the show alongside Bearman. Sherman Barrois will serve as the showrunner. Don Cheadle is also on board to exec produce, along with directing the first two episodes. Warner Bros. Television will also be producing the series.

The Big Cigar isn’t the only politically-adjacent biopic that Andre Holland has on the horizon. He also will have a role in Shirley, which is a biopic about Shirley Chisholm, America’s first Black congresswoman. Regina King will star as Chisholm, alongside co-stars Holland, Lance Reddick, Terrence Howard, Lucas Hedges, and more. John Ridley writes and directs with an expected release sometime in 2022.

Andre Holland is also booked to show up in the next film by director Luca Guadagnino (Call Me By Your Name, Suspiria). Bones and All will star Timothée Chalamet, Chloë Sevigny, Mark Rylance, Michael Stuhlburg, Taylor Russell, and more. The movie tells the story of a young woman named Maren whose secret needs and identity cause her to feel judged and shamed.

With the projects Andre Holland has on the horizon, he’s sure to be plenty busy. The Big Cigar is the only project he has scheduled where he’ll play the lead role, so that will definitely be a significant addition to his resume. His skills combined with the wild story that the show will be telling are sure to make for an interesting and engaging watch. The Big Cigar doesn’t have a release date set yet, but that is sure to be revealed as more details come out about the show. 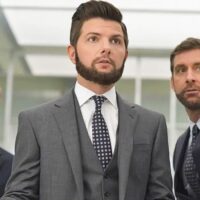 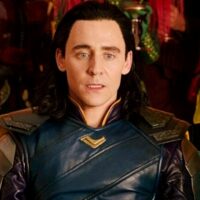