With all of the hype around Spider-Man: No Way Home and how the Multiverse will wreak havoc on the Marvel world of characters, and its villains especially, it’s almost easy to forget that one version of the web-slinger has already kind of dealt with some of this. That was Miles Morales in Spider-Man: Into the Spider-Verse who ran into all different versions of “himself” in that movie. Well, the actor who voiced Morales in the movie just hinted that there might be a live-action version on the way as well.

Shameik Moore took to Twitter to ask his fanbase to decide what role would best suit him in the future. In this case, he was deciding between Miles Morales in a version of Spider-Man or Static Shock, another character who is said to be getting a live-action treatment soon. Moore suggests we could see Morales come to life on the big screen, and he could be the actor that took on the role. Look, it could just be the guy having some fun. But it definitely gets the Spidery-sense tingling that something could be in the works here. Check it out:

This speculation that a live-action Miles Morales could be on the way does come at something of an inflection point for the Marvel Cinematic Universe. For starters, it’s unclear if Tom Holland will be continuing on with the role in the future, or even past the events of Spider-Man: No Way Home. While it seems inconceivable that he might not return in some fashion, the actor has been noncommittal about his future in the role, even suggesting that he would help bring along someone new for the part. And he also doesn’t have a contract in place beyond this next movie. That being said, Marvel head Kevin Feige sure seems to think that Holland is the future of the franchise.

And bringing Miles Morales to the big screen isn’t mutually exclusive with the future of Peter Parker either. We have the Multiverse folks and there can be multiple versions of the same character for sure. Just because Peter Parker is around, doesn’t mean Miles can’t wall-crawl as well. Heck, we might even still see all three versions of Spider-Man in this next movie if Tobey Maguire and Andrew Garfield make their much-rumored returns.

Even if we did get a live-action Miles Morales in the mix, there isn’t a guarantee Moore would play the part. Sure, he voiced Miles in Into the Spider-Verse, but that’s a far cry from actually donning the suit and playing the part. There’s definitely an appetite for getting this character in the mix though. Spider-Man: Into the Spider-Verse was a hit of the highest order. Not only did it crush with critics, sitting at 97% on Rotten Tomatoes, but it also scooped up almost $376 million at the box office on its $90 million budget. And it now looks like there is a sequel on the way. 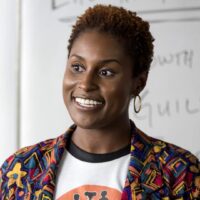 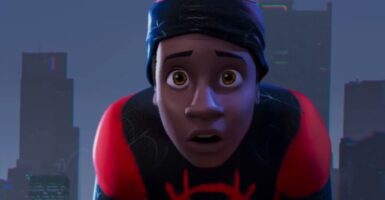 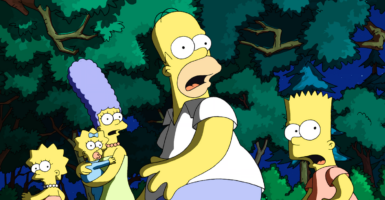