Michael Bay won’t be helming any more Transformers movies going forward. The mantle along with all the big blowups, explosions, and bright lights are being passed to a new generation of folks who will take over the aliens-turned-autos. It’s the end of quite a run for the director, but The Hollywood Reporter has it that a new writer and director duo is stepping in to relaunch the franchise in a new direction with Bay on the outside looking in.

Taking over for Michael Bay in the new Transformers movie is director Angel Manuel Soto and writer Marco Ramirez. Soto is best known for his 2020 critical darling Charm City Kings, a coming of age tale about a group of Baltimore kids and their motorbikes. Meanwhile, Ramirez recently was the showrunner for Netflix’s The Defenders and the second season of Daredevil as well. Both were also critically well-received and it looks like this franchise is in really good hands with the new voices.

This new Transformers movie doesn’t currently have a title but is part of the move for the franchise to distance itself from the Michael Bay movies that started things off so many years ago. The first move in this direction was with 2018’s Bumblebee from Travis Knight which had a decidedly different feel than the previous five movies. It gave a more *personal* feel for what the universe could create with their stories.

And that clearly was a sign that the universe and franchise could thrive out from under the shadow of Michael Bay and his particular form of moviemaking and style. There are other movies planned from Paramount which will carry the Transformers name but won’t be part of the previous universe of movies. There’s a Bumblebee follow-up film helmed by Stephen Caple Jr also coming down the pike as well as a Beast Wars movie too. This is franchise looking to really expand its offerings in a big way for a new generation.

Michael Bay helmed five movies in the franchise starting with the original Transformers and following it up with Revenge of the Fallen, Dark of the Moon, Age of Extinction, and The Last Knight. Things started off strong on both the critical and box office with the first movie scoring 58% on Rotten Tomatoes and earning over $700 million at the box office. While the ticket sales remained higher throughout and Bay-led films cashed in about $4 billion total, the last film in the bunch started to see a drop-off. And the critical performance of the subsequent four films was terrible. It was time for a change.

As for Michael Bay, his next movie Ambulance is currently in post-production. It’s a remake of the Danish film and will star Jake Gyllenhaal and Yahya Abdul-Mateen. It’s set to be a very different kind of film, taking place just in an ambulance ride throughout with a critical patient inside. It could be a tour-de-force type movie and be a little more insular than some other Bay films. 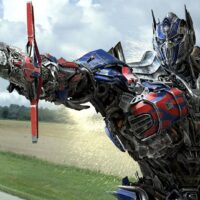 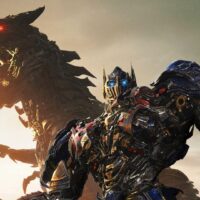 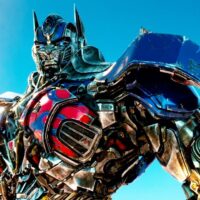