The 1996 Mark Wahlberg thriller Fear is being turned into a Hulu series.

Peacock is developing a brand new series inspired by Fear, the 1996 psychological thriller starring Mark Wahlberg. Brian Grazer, who worked on the film, is executive producing along with Ron Howard, Lilly Burns, and Kristen Zolner via Imagine Television. Imagine Entertainment produced the original film. Jessica Goldberg, who previously created The Path for Hulu, is set to write and executive produce the project for Universal Television. She is currently under an overall deal at UTV, Variety reports.

Much like the Mark Walhberg movie, the Fear series finds two young lovers in a dangerous psychological game of cat and mouse. When David and Nicole first meet in Seattle, it feels like an epic, once-in-a-lifetime romance. But soon it becomes clear that the seemingly idyllic couple is anything but perfect. Told from conflicting points of view, the story wrestles with personal demons, hidden agendas and reframes the “he said she said” convention into a twist-filled suspense story about toxic relationships.

Directed by James Foley from a script by Christopher Crowe, Fear stars Mark Wahlberg, Reese Witherspoon, William Petersen, Alyssa Milano, and Amy Brenneman. The story revolves around a wealthy family whose seemingly perfect life is threatened when their teenage daughter starts dating an attractive and mysterious young man. No further information, including a release date, has been made available for the series.

Described as Fatal Attraction for teenagers by its own producer, the film was largely ridiculed by critics at the time. But Fear became a sleeper hit in the spring of 1996, earning almost $21 million box office against a budget of $6.5 million. Since then the movie became a cult classic, known for launching teen idol status for its two young leads that were romantically linked at the time of the film’s release. For his performance, Mark Wahlberg was nominated for the MTV Movie Award for Best Villain.

Meanwhile, Mark Wahlberg is working on the Netflix movie Our Man from Jersey. The project is billed as an action thriller and also stars Halle Berry. Director by Julian Farino from a script by David Guggenheim and Joe Barton, the story follows a down-to-earth construction worker from Jersey, who is quickly thrust into the world of super spies and secret agents when his high school ex-girlfriend, Roxanne recruits him on a high-stakes U.S. intelligence mission.

Mark Wahlberg, Stephen Levinson, and Jeff Waxman serve as producers on the film, Deadline reports. No release date has been announced at this time. The 51-year-old will also star as Mikael Lindnord in the upcoming adventure film, Arthur the King. The movie is based on the 2017 real-life story of Mikael Lindnord called Arthur: The Dog Who Crossed The Jungle To Find A Home.

Production began in the Dominican Republic and was completed in January. The project is currently in post-production. Starring alongside Mark Whalberg is Simu Liu as Liam. The cast also features the talents of Ali Suliman, Rob Collins, Nathalie Emmanuel, and Michael Landes. No release date for Arthur the King is available at this time. 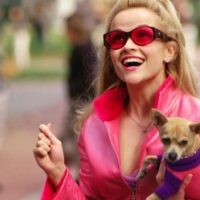 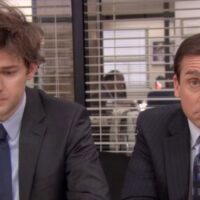 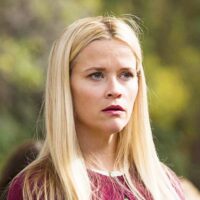