M. Night Shyamalan has a new movie coming and he’s already adding an all-star cast to his next horror-thriller go-around. While the iconic director’s movies are almost always shrouded in a fair bit of secrecy going in (for good reason), the cast he’s often able to add to productions simply ramps up the excitement level. He’s built enough of an industry cache at this point that adding A-list talent doesn’t seem to be all that big of an issue. According to Deadline (via Collider), the latest casting news for the next M. Night Shymalan movie has him adding The Matrix Resurrections star, Jonathan Groff, to the mix. Considering the vibe this dude can pull off on the big screen, it seems like a near-perfect addition to the group.

It’s not clear who Groff will play in this M. Night Shymalan movie, currently titled Knock at the Cabin. In fact, not much at all is known about the film which is often the case with the director. Considering a key element of his style is leaving viewers guessing to almost the bitter end (or beyond), this isn’t all that surprising. But he does join a cast that already includes Dave Bautista, Rupert Grint, and Nikki Amuka-Bird. This will be the 12th widely released feature-length film for the director and his fifth in a row working with Universal Pictures.

M. Night Shymalan adds Jonathan Groff to the production after the latter had a major role in last year’s The Matrix Resurrections, a fourth movie in the massive franchise and a relative reboot for the story and characters. Groff played the updated version of Smith, taking over for Hugo Weaving in the part. It was just one of the recastings of popular characters from the original franchise of films. Yahya Abdul-Mateen also took over the role of Morpheus from Laurence Fishburne. This new version of the Matrix was meant to usher in a new “reality” for the franchise with the story taking place well after the events of the previous movies. That being said, Keanu Reeves and Carrie Ann Moss obviously came back as Neo and Trinity respectively.

And it’s easy to see why M. Night Shymalan would want to add a talent like Jonathan Groff to an upcoming production. The actor has just the right mix of everyman good looks with an almost sinister je ne sais quoi that plays so well on the big screen. It was one thing that made his casting as Smith so good in the first place. The talented singer and actor has played both sides of the character spectrum, with a lead role in Netflix’s Mindhunter and lending his voice to Frozen as well. But remember, this dude was also a scene-stealer in Lin Manuel Miranda’s Hamilton as King George. He only appeared three times, but he was awesome in the role of a petulant monarch.

Knock at the Cabin will be the first M. Night Shymalan since Old which came out last year. It had middling success with critics, sitting at 50% on Rotten Tomatoes. It told the story of a family who visits an island that turns out to rapidly age them by years in almost a matter of minutes. But it did perform well at the box office, scoring more than $90 million worldwide on an $18 million budget, not bad considering this was before all theaters had reopened at full capacity last summer. Knock at the Cabin is due out next year. 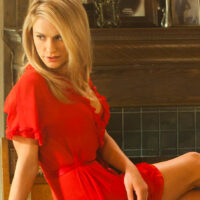 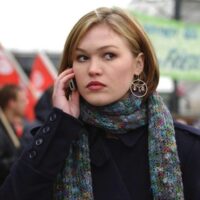