Kristen Stewart is out, proud, and it’s definitely not hurting her bank account. Stewart, who identifies as bisexual, finds herself in the number one position as the highest-earning LGBTQ+ star in the world, with a net worth of over $70 million.

Kristen Stewart’s rise to number one pushes RuPaul into second with a net worth of $60 million, while Gillian Anderson, also identifying as bisexual, shows up in third with her net worth of $40 million.

With a career that began in 2001 with The Safety of Objects and then led to her breakout role as Jodie Foster’s daughter in the 2002 David Fincher thriller Panic Room, Kristen Stewart has grown as an actress right before our very eyes. While some claim her to be wooden or stilted on film, her ability to take on various roles in various genres only goes to show her ability to adapt.

As her career was rising at an uncanny pace, so was her personal life. The tabloids loved to check in on her from time to time (or all the time), following her relationships around as if they were the end-all, be-all. Early on Kristen Stewart was linked to Michael Angarano, her co-star in Speak. Of course, she was then in a romance with her Twilight co-star Robert Pattinson, something fans longed for.  But that blew up when it was revealed that Stewart was having an affair with the married director of her Snow White and the Huntsman, Rupert Sanders. Sanders made a public apology, as did Stewart, who offered one to Pattinson. The two briefly got back together, but it didn’t last.

It was around this time that Kristen Stewart began to date women. She had an off-and-on three-year relationship with visual effects producer Alicia Cargile and then went on to have a two-year relationship with New Zealand model Stella Maxwell. Since her break-up with Maxwell, Stewart has been dating screenwriter Dylan Meyer, even telling Howard Stern on his show how she “can’t fucking wait” until she can propose to Meyer when that time comes.

The struggle for Kristen Stewart, who says she began dating women when she was 21, to come out was more based on public perception. In an interview with In Style, she told them she was never “ashamed” to come out publicly, she just never felt, at that time, that her personal life was something she’d make public. She said at the time:

“Even in my previous relationships, which were straight, we did everything we could to not be photographed doing things — things that would become not ours. So, I think the added pressure of representing a group of people, of representing queerness, wasn’t something I understood then. Only now can I see it. Retrospectively, I can tell you I have experience with this story. But back then I would have been like, ‘No, I’m fine. My parents are fine with it. Everything’s fine.’ That’s bullshit. It’s been hard. It’s been weird. It’s that way for everyone.”

As Kristen Stewart prepares for her next role as Princess Diana in the upcoming feature Spencer, she has fully embraced her standing in the LGBTQ+ community and they have embraced her. Rounding out the Top 10 of highest LGBTQ+ earners are Cara Delevigne at four with $28 million, Cynthia Nixon with $25 million, Jesse Tyler Ferguson with $20 million, Holland Taylor at $15 million, Dan Levy with $14 million, Elliott Page (formerly Ellen Page) with $12 million, and Sarah Paulson with $12 million. One more notable name on the list is Amber Heard, who also identifies as bisexual. The ex-girlfriend of Johnny Depp finds herself on the list at number 12 with a net worth of $8 million.

Whether you care for Kristen Stewart’s ability to act or not, you can’t deny the fact the 30-year-old isn’t working on her craft. She was recently seen in the movie Lizzie, the story about the infamous 1892 Lizzie Borden murders. She was then in the movie Seberg which followed the real-life events of French New Wave icon Jean Seberg. Stewart then appeared in two action films, Charlie’s Angels and Underwater. Then she made Happiest Season, a story of a young woman trying to gain her family’s acceptance during the holidays when she brings home her girlfriend for them to meet.

Acceptance, what a novel idea. 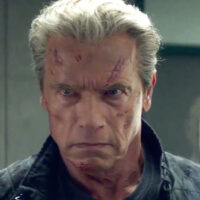 Arnold Schwarzenegger Making A Sequel To His Best Comedy?