A Kristen Bell Comedy Is Being Pulled From Netflix, Watch Before It’s Gone

After the surprise success of 2016’s Bad Moms, Mila Kunis, Kristen Bell, and Kathryn Hahn reunited for A Bad Moms Christmas a year later. But with the holidays season now in the rearview, Netflix is taking down the new Christmas film on February 11th.

The first Bad Moms made over $183 million worldwide, a huge hit considering the film only cost $20 million to make. Sixteen months after Bad Moms released, the film already had a sequel with A Bad Moms Christmas, with series stars Mila Kunis, Kristen Bell, and Kathryn Hahn all returning. The sequel made less money, earning $130 million, and made about $40 million less domestically than its predecessor, but the series had already shown it was a profitable comedy hit. A few months after A Bad Moms Christmas, it was announced a third film was in the works, although this latest installment has yet to be released.

A Bad Moms Christmas, as the title implies, shows the eponymous bad moms during the holidays. Amy (Mila Kunis) is in a new relationship with Jessie (Jay Hernandez), a widower from her kid’s school who had a crush on her. Their plans to have their first Christmas together are ruined when Amy’s mother Ruth (Christine Baranski) says that she’s coming to Amy’s house for Christmas. The exhausted mother-of-four Kiki (Kristen Bell) also is surprised by her mother Sandy (Cheryl Hines) who arrives for Christmas early, and Carla (Kathryn Hahn) is surprised when she comes home to discover her mom Isis (Susan Sarandon) wants to spend time with her.

As the three mothers meet up to discuss the frustrations of the holidays, they decide to make a pact to “take Christmas back.” With these three mothers trying to give their children a good holiday, they must also reckon with their own mothers, in a holiday season that involves Mila Kunis, Kristen Bell, and Kathryn Hahn attending a Sexy Santa show, Christmas parties, and multiple generations of motherhood.

The third upcoming film, entitled Bad Mom’s Moms, is currently in development, with Susan Sarandon, Christine Baranski, and Cheryl Hines reprising their roles. Since the movie ends – spoilers – with these three grandmothers becoming friends and planning a trip to Las Vegas, it seems extremely likely this raunchy sequel will follow this trip. No word yet if the original bad moms Mila Kunis, Kristen Bell, and Kathryn Hahn will also be returning for this third film.

Before the Bad Moms franchise, directors Jon Lucas and Scott Moore had only made the comedy 21 & Over with Skylar Astin, Justin Chon and Miles Teller. Since starting the Bad Moms franchise, their only film has been Lexi, which only managed to make $6.5 million domestically, despite opening in over 2,300 theaters. While like Mila Kunis, Kristen Bell, and Kathryn Hahn, it’s unclear if Lucas and Moore will return for Bad Mom’s Moms, after the failure of Jexi, it’s possible they will want to return for another sure thing.

It might be too early to say A Bad Moms Christmas is a new Christmas classic, but for those looking for another jolt of the holiday spirit, or just want to see Mila Kunis, Kristen Bell, and Kathryn Hahn go crazy, they should check out A Bad Moms Christmas before it leaves Netflix on February 11th. 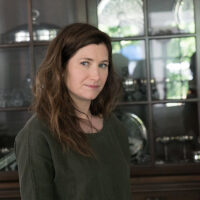 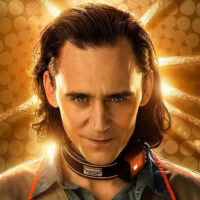