Keanu Reeves is deeply loved on and off of the big screen. Through a multi-decade acting career, Keanu Reeves has been given plenty of time to perfect his craft. The extent of his performances have given way to iconic roles: red-pill-taker Neo from The Matrix series, Ted, from the Bill and Ted series, who encourages that life is to be lived “most excellently,” and John Wick of John Wick, an assassin with a soft spot for his dogs. While there may be some famed roles that will always happily be associated with Keanu Reeves, fans have also publicly chosen their worst movie from the actor’s catalog.

Slash Film reported their findings from a survey that was distributed to hundreds of fans, and the 628 completed responses from the poll collected the votes for each film. Fans were limited in their options, and could choose from Generation Um…, Replicas, The Watcher, Feeling Minnesota, Siberia, or Johnny Mnemonic. It’s unsurprising that top titles failed to be listed as choices for the “worst” of Keanu Reeves’ work, and fans were asked to sort through a handful of the actor’s lesser-known roles.

Johnny Mnemonic took the lead as Keanu Reeves’ “worst” movie, proclaimed by fans, and landed in first place with a total of 22.29% of votes. Voters had Feeling Minnesota trail close behind with a 17.68%. Following the two leaders comes Generation Um… at 14.97% and Replicas at 12.90%. The Watchers and Exposed almost tied neck-and-neck at 11.62% and 11.46% respectively. Siberia was crowned as the least-hated of the lot with a mere total of  9.08% of votes under its belt.

Johnny Mnemonic has been awarded an expectedly low 19% Tomatometer Score on Rotten Tomatoes, with an equally underwhelming Audience Score of 31% to match. Rotten Tomatoes determines its Tomatometer Score based on the mean value of all accredited Rotten Tomatoes critics’ scores, which means that even if Keanu Reeves’ “worst” movie may have some praises given to it, they’re flushed beneath the alarmingly low number. Fortunately for him, Keanu Reeves gets to leave Johnny Mnemonic in the past and under the rubble of poor reviews while looking forward to new, exciting, and promising projects ahead such as the fourth John Wick film.

The consummate action star has become a true legend in the genre as he bounces his way through multiple high-profile action movies. He has openly shared his love of the John Wick franchise with TODAY. “They’re fun. They’re intense. We’re going for it. There’s some really amazing John Wick action and new characters and it’s been really fun to be playing the role again and to be telling this story. You know, [there are] new characters and we’re opening up the world. Right now we’re just shooting this crazy fight scene in the middle of traffic. So there’s car crashes, gunfights.” Knowing the pace of the previous John Wick trilogy, there has been an expectation attached to the franchise, and it’s far from Keanu Reeves’ worst work. In addition to a fourth John Wick, a fourth piece of The Matrix series will arrive on December 22, 2021. John Wick: Chapter 4 has not announced an official release date, though will find its way into theaters in 2022. 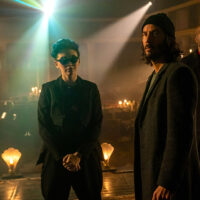 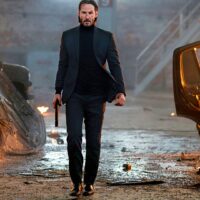